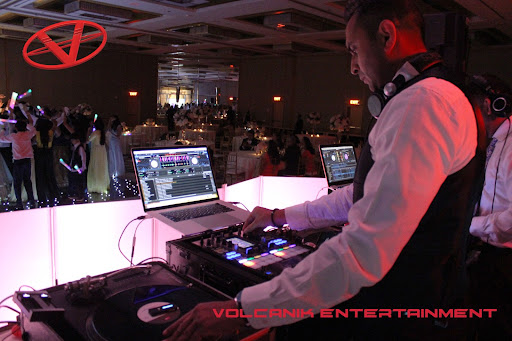 With the peak of the pandemic behind us, life is beginning to return to a sense of normalcy, and many people are looking to venture back out into the world. Many of those that cancelled plans during the pandemic, such as weddings, parties, or other large-scale celebrations, are looking to put their plans back into action. What they need is an entertainer that can bring the beats and raise the roof, something that DJ Volcanik of Volcanik Entertainment has plenty of experience with.

Ashish S. Patel, better known as DJ Volcanik, is the owner of Volcanik Entertainment, along with co-owner Hemant Patel. Their profession and primary passion is nightclub-style DJing for upscale South Asian weddings.

The Rise of DJ Volcanik

Patel began his DJ career in the late 90’s, during the “golden era” of hip-hop. After many years of DJing in nightclubs, Patel began DJing private events, such as sweet 16’s and birthday parties. Soon after, he was being referred to DJ weddings and other big events.

The scale of these weddings eventually grew and evolved as couples began spending more money to make their weddings stand out. They continued to evolve with the scene, keeping in tune with clients’ preferences and the ever changing musical landscape. The business has reached a point where they can provide all of the bells and whistles which clients want while maintaining their core skills of mixing and blending a variety of music from different cultures for an unforgettable musical experience.

Bringing the Party to Any Occasion

Volcanik Entertainment provides professional DJ services, MC services, pro audio sound and state of the art lighting setups for South Asian weddings. However they are not just limited to South Asian weddings. Volcanik has the opportunity to DJ at weddings all over the U.S. and overseas for destination events. DJ Volcanik rocks the party with a versatile mix of hip-hop, reggae/reggaeton, Bollywood, 80’s tunes, Punjabi, and house music. For Western weddings, Volcanik removes Bollywood and cultural music from the equation and tend to the rest of the details as the bride and groom prefer.

According to Patel, a lot of Volcanik’s new clients are Gen X and Millenials who are looking for a fun, all-out, club-style party experience without all the old traditions and fluff of weddings of the past. Volcanik Entertainment will be here to provide that style of upbeat vibes while respecting the roots where it all came from.

On Determination and Success in the Industry

Volcanik Entertainment is the backbone of the whole operation. Patel’s partner Hemant runs all the logistics and performs as a professional MC. They have had the honor to work with many other DJs, techs, and experts in the music production field throughout the years. “At the end of the day, its not just about one person, it is all about teamwork,” Patel says. “In order to survive and keep doing it as long as they have, it cant be about just the money or fame; it requires hard work, dedication, and a respect for the craft. You really need to be passionate about what you do.”

To him, success can’t be measured by wealth amassed, possesions collected, or degrees earned. In fact, he believes success is quite the opposite, that true success is measured by the amount of people that are able to live a better life because of what you’ve created. He offers an incredible experience to hundreds of people every weekend and it makes him happy to see audiences enjoying a meaningful musical experience that he has created. As Patel explains, “It’s only for a moment in time, but the memories last forever.” A thriving DJ career has many perks, but for Patel, this is the one that brings him happiness and fulfillment.

Murway Luxurious Leather Made in Italy