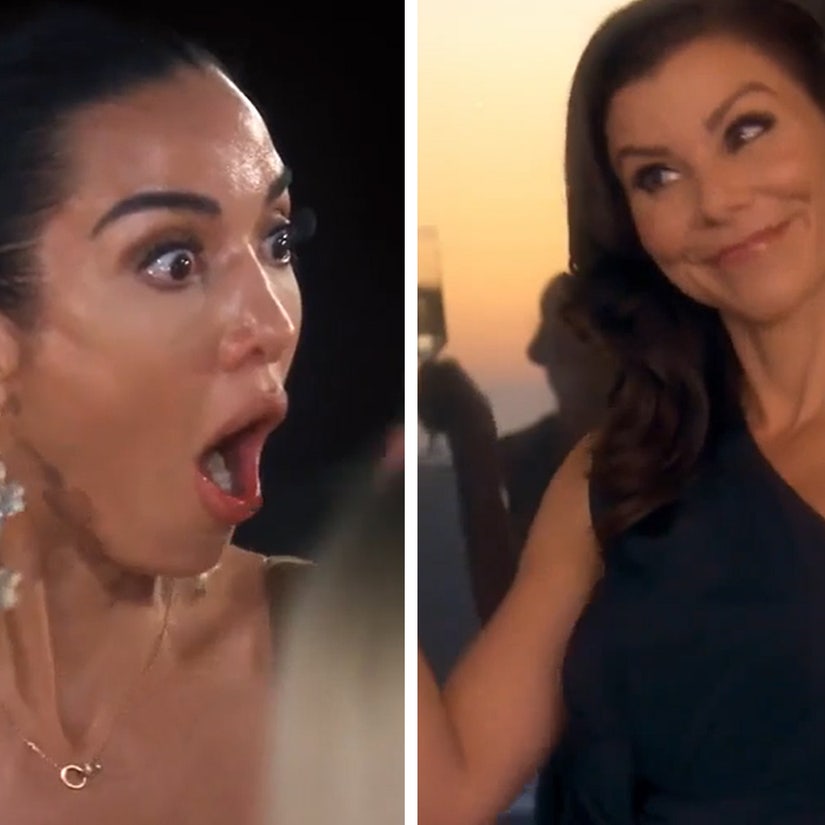 All hell breaks loose in Season 16 when Heather tells Gina and Emily that Shannon said they weren’t to be trusted.

“The Real Housewives of Orange County” dropped its official trailer on Thursday and the return of Heather Dubrow is everything Bravo fans have been waiting for.

Heather, who exited the show in 2017 after five seasons, is joined by newcomers Noella Bergener and Jennifer Armstrong. After the departures of Kelly Dodd, Braunwyn Windham-Burke and Elizabeth Lyn Vargas, the rest of the cast includes Shannon Beador, Gina Kirschenheiter and Emily Simpson.

“Hello? I’m back,” Heather says in the opening of the three-minute clip, as she walks through her mansion while audio of her vintage taglines play in the background.

We soon see that Gina and Emily immediately take to Heather, saying they love her, with Gina exclaiming how Heather takes her to “fancy s—.” However, when Heather gives a compliment to Gina while talking to Shannon, calling Gina “super cool,” Shannon literally cannot find the words to respond.

As a feud between Shannon and Gina appears to be brewing — with Emily asking Shannon if she is jealous of Heather and Gina’s friendship — Heather throws some gasoline on the fire by telling Gina and Emily that Shannon said they were not to be trusted.

“I thought we were friends, Shannon,” Emily says while confronting Shannon, as Gina chimes in, “I feel bad for you.”

The newcomers are stirring things up in Southern California as well, with Jennifer, an aesthetic MD, throwing shade as soon as possible. “There’s a lot of people in Orange County that look like “cat Muppets” and I think some of them have been in this chair,” she said in a confessional.

Meanwhile, Noelle, who breaks down in one scene saying her life is “falling apart,” approaches Heather’s 17-year-old daughter Max, saying, “Are you Max? Hi Max! I’m bisexual too!”

Their meeting appears to lead to Noelle giving Max a present — one which Heather deems highly inappropriate. At a dinner party, Heather confesses to a shocked Noelle, “I didn’t want to invite you because you gave my daughter pornography as a gift.”

Fans also see Shannon being blocked by Heather on the phone, Noelle telling someone they are rude, and Emily bringing a sandwich into a sauna room.

And Emily has a hilarious response after Heather says they shouldn’t be eating in the sauna as they are detoxing. Check it out in the clip, above!

Season 16 of “The Real Housewives of Orange County” premieres on December 1 at 9pm on Bravo.