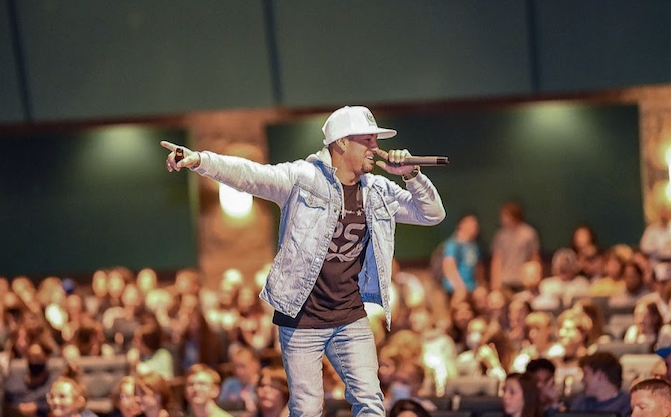 Being able to overcome adversity, regardless of the circumstances set against you, is an incredible mark of inspiration and a human trait that deeply blesses a watching world.

It’s especially beautiful to see perseverance in a younger person, someone who has plenty of life ahead of them, but has also experienced the depth and experiences life gives in order to help process adversity and turn it into a source of inspiration for those in need. To see someone push through and make it their chief aim to inspire and bring hope is an extraordinary thing.

And one young man, who has experienced pain and despair unlike anything most of us ever will, lives and breathes this life every day.

As a top professional speaker, Ryan Stream motivates his audiences using his unique skill set, personal life experiences, and his own music to captivate and bring value to those around him. Ryan plays the piano laying down, blindfolded, and backwards, and if that’s not enough, he sings country and rap music he has composed while showcasing his award-winning videos.

Ryan has been featured on MTV, Entrepreneur.com, Business Insider, Yahoo Finance, Inc.com, and Influence Magazine. He has also been honored to receive the Verizon Wireless Tribute Award and 2 LDS Music Awards. His music can be found on the radio, iTunes, Apple music, Pandora, and other major outlets.

His talent is incredible, but one doesn’t understand how profound it is that he does what he does until they understand where he comes from. Sleeping in a homeless shelter and different foster care homes made for a challenging childhood for Ryan. Ryan and his brothers were separated in the foster care system, and struggled. He’s well acquainted with the feeling of being lost, alone, and scared.

Miraculously, Ryan and his brothers were all brought together and eventually adopted by a family, the Streams, over a two year period. As a teen, he would struggle with alcohol abuse, drug addiction, and other poor choices which led to outstanding court fines, legal battles, and multiple jail sentences. His biological mother passed away from suicide when he was in the ninth grade after he and his brothers were in foster care. Ryan’s story was as rock-bottom as they come… but it didn’t end at the bottom at all.

Today, using the gut-wrenching depths of his life and his rise above it all as inspiration, he is on a mission to offer hope to those needing inspiration. He prides himself on giving a helping hand in the classroom and in the workforce to those in his path.

A man of service, Ryan served in the military for thirteen years and spent two deployments in Afghanistan. “Joining the military was the best decision of my life,” he explains. Ryan uses his life experiences involving leadership, mental health, and music to inspire hope, leadership, discipline, mental and physical strength, team work, pride, communication, and service.

Ryan has changed his life, and as long as he has anything to do with it, so can those around him! Ryan gives concrete steps in his talks

on how to better your life and find purpose and direction, and moves audiences to action as they laugh, cry, and cheer.

“If you don’t believe in yourself, no one else will. if you want it badly enough you will make it happen,” Ryan explains.

Ryan travels as one of the top motivational speakers and musicians in the country. His wife, Elizabeth, and he also partner in real estate, and he supports his wife in her own businesses.

Ryan will soon be releasing his book, Conquering Your Colosseum with five key principles for preparing for life’s battles.
Connect with Ryan at http://ryanstream.com/ and on his YouTube channel!