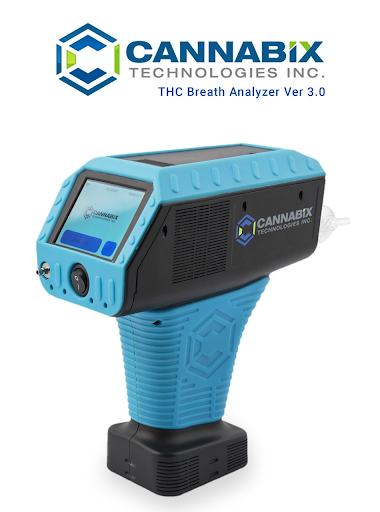 The world is a much different place for cannabis users compared to only a few years ago. Nearly 45% of U.S. adults live in a jurisdiction where recreational marijuana has been legalized1. As U.S. and Canadian societies change, the workplace will inevitably change with them. It is now a very real concern that employees may show up impaired, and testing methods need to keep pace with the speed of legalization. Urinalysis is the most common method of detecting THC use in the workplace – with the caveat that it can pick up usage from up to thirty days ago2, far beyond the window of impairment, which is a relatively short period of time after smoking.

The Rising Rate of Cannabis Usage in the Workplace

Studies suggest specific links between marijuana use and adverse consequences in the workplace, such as increased risk for injury or accidents3. 2020 saw an increase in the percentage of U.S. workers who tested positive for marijuana, tied to its legalized usage for medical and recreational use. Quest Diagnostics, a well-known drug testing laboratory, reported rates increasing by double digits. A recent Canadian study4 done with over 1600 workers showed that a quarter of respondents used cannabis before and/or at work. Respondents reporting workplace use were more likely to report more frequent cannabis use, use for medical or mixed purposes, and high THC cannabis use than workers reporting non-workplace use.

Cannabix Technologies (CSE: BLO) (OTC: BLOZF) is developing an innovative product that will simplify the detection of THC-impairment in the workplace: a breathalyzer that will detect THC using breath samples. After marijuana use, the aerosol particles in exhaled breath that are formed from the respiratory tract lining fluid contain THC and metabolites for a relatively short period of time (1-3 hours), which aligns with the peak impairment window. By using a breathalyzer to detect them, employers would be able to quickly and accurately determine recent marijuana consumption versus just drug presence in urine.

Cannabix’s new technology will allow for more relevant THC detection from breath, allowing employers to create an onsite regiment whereby they can perform pre-access testing for recent use of marijuana before and during work hours instead of testing for drug use when employees are not at work.

As Cannabix scientists quickly develop this groundbreaking technology, they do so understanding that their products may have significant ramifications across many industries. For employers, this kind of solution would provide a fairer and more relevant way to administer THC-drug testing in their businesses.

Mortgage Brokers Are Turning to Customized Leads to Maximize Income