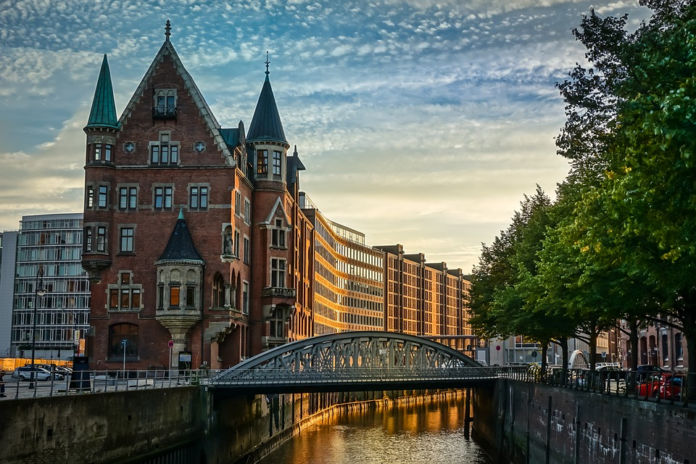 Germany, the land of poets and thinkers, is a must-see for anyone with a passport. If you are a romantic, you can visit the achingly beautiful Neuschwanstein Castle. Classical music lovers head for Johann Sebastian Bach’s home, now a museum, in Eisenbach. Campers are wowed by the country’s sky tents in Pfronten. From drinking beers (plural) along with other fun-loving Germans at Oktoberfest to contemplating the poetry of Johann Wolfgang von Goethe, any traveler will find plenty to do in the country. Mercedes Matzen, a business analyst for Capital District Physicians Healthcare, is an avid explorer of Germany and has some quick ideas for travelers so that they can make the most of their trips there and do things German style.

Plastic isn’t going to help you much when you’re in Germany.

“Many of us come from countries where digital transactions are common, but Germany, while a very advanced nation, is largely cash-oriented,” Mercedes explains. “If you rely on your Mastercard, you’re going to get stuck sooner rather than later. When I travel, I carry cash so that I don’t get put in the very awkward position of not being able to pay for my restaurant bill.”

Be more reserved in public while in Germany than you might ordinarily be at home.

Germans love to express themselves, but out in public, they keep their voices down. “You’ll definitely get stared at if you’re loud in, say, a restaurant or on a train,” Mercedes says. “It’s just considered extremely impolite to be so loud that you distract other people from their conversations. Always remain aware of how loudly you are speaking, and they will appreciate your efforts. At festivals, of course, it’s a totally different story.”

It’s a myth that you can go as fast as you want on Germany’s Autobahn.

Mercedes agrees that it’s a lot of fun to get on the Autobahn and hit the gas pedal. “It’s a real adrenaline rush,” she says. “However, you must still observe the Autobahn’s limits. There are places where you do have to slow down temporarily, so keep an eye out for that. It’s also important to know that the Autobahn’s recommended speed limit is 81mph. You can go above that, but if you cause an accident, the fact that you were speeding above the limit can increase your liability.” 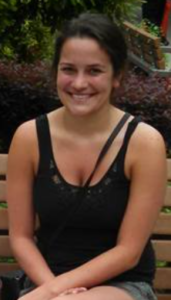 Don’t count on taxis as you travel in Germany.

Mercedes states that the idea of taking public transportation can be overwhelming for first-time travelers, but they need to rely on buses, trains, and subways, not taxis. “The only place you’re really going to see them is at the airport, train stations, and city centers. The good news, though, is that it really is easy to use public transportation once you get used to it. Just reach out to other travelers and to your hotel desk clerk for help in understanding the basics. Once you do, you’ll whiz around like a local.”

Along those lines, remember to validate your transportation ticket in Germany.

An unvalidated bus or train ticket is essentially akin to not having purchased any ticket. “You don’t want that to happen because you could be fined,” says Mercedes. “I did that once, and I never forgot again! Even if you don’t read German, it’s easy to validate your transportation tickets. In bus and train stations, you’ll see a machine, and any German will be kind enough to show you the ropes. Or, worst-case scenario, you can validate it onboard. When you do, you’ll see a date and time, and how long your ticket is good for is based on that.”

Germany has an awesome navigation app for travelers.

Mercedes recommends downloading the DB Navigator app because it’s the best place to get schedules, prices, and booking information for public transportation. “This will be a lifesaver for you, especially if you’re in the bigger cities like Frankfurt or Berlin,” she says. “The subway system can be daunting at times, so having this one place for other transportation options will keep the migraine away.”

Sunday really is the day of rest for Germans.

Whatever you need, get it done by Saturday night because on Sunday, most stores close. “On the one hand, this is great,” remembers Mercedes. “It really does introduce balance into your life. People who are always on the go are forced, basically, to slow down and relax. On the other hand, if you suddenly run out of something, you’re going to have a very hard time finding anywhere to buy it. You may find an open restaurant here and there, but that’s it.” 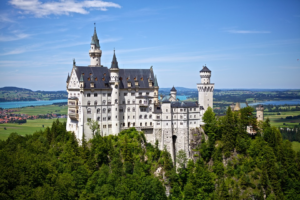 Rules are followed, so don’t be tempted to jaywalk in Germany.

While crossing the street in the middle of the road is fine in many countries, you’ll be fined 5-10 Euros in Germany. “While it’s not the end of the world, expense-wise,” Mercedes concedes, “it’s still money you’d rather spend some other way. Along those lines, remember that bike paths really are for bikes. Germans like to cut loose and have fun, but they do, as a nation, follow some rules that we might not in our home countries.”

Public toilets are not free in Germany.

You can find free toilets in restaurants and malls. “However, anywhere else, you’ll have to pay to use them,” states Mercedes. “Always remember to carry around a few euros so that when you’re desperate, you don’t have to walk away, the last thing you want to have happen!”

Your pool experience in Germany may differ from what you experience back home.

Germans are very casual about nudity in comparison to more conservative cultures. “The changing rooms are completely open,” says Mercedes. “There are no dividers or anywhere to change in private. That can be a culture shock for some people, but if you know what to expect, you’ll get used to it quickly.”

Mercede’s biggest piece of advice is to remain open to new ideas. “Isn’t that why we all travel?” she asks. “We want to see a different place and enjoy what a different culture has created. You’ll find incredible accomplishments and people in Germany, and they will be delighted to show you around their country.”

Jeffrey Harrell: Turning the Tides on the Medical Industry