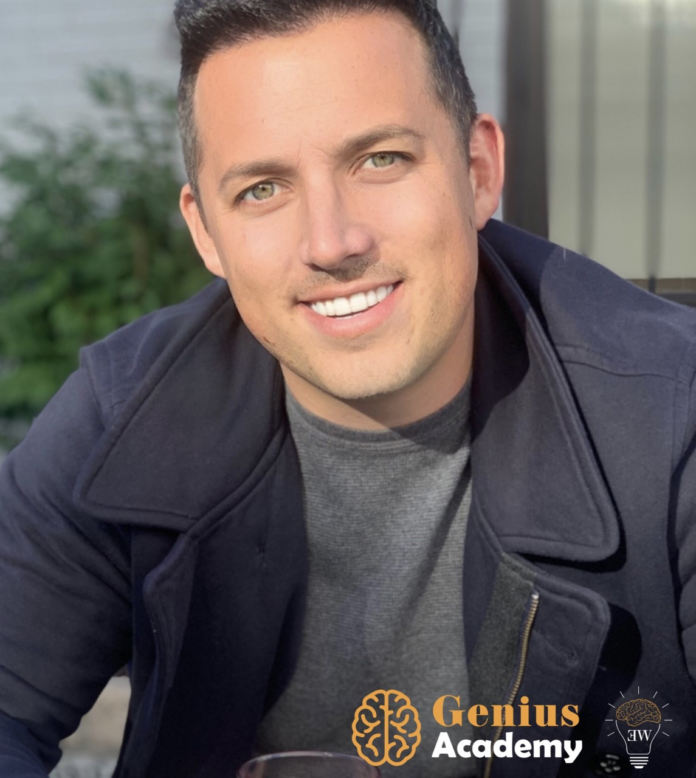 Eric Walsh cheerfully admits that if you had popped into one of his classes in high school, you wouldn’t have known he was destined to make millions of dollars with his ecommerce businesses. “You would have seen me slouched down in the back of the room,” he says, grinning. “Yes, I was that student. I did what I absolutely had to do to barely pass my classes and not a lot more than that. That I am where I am today is proof that being book-smart is not the only way to attain success.” 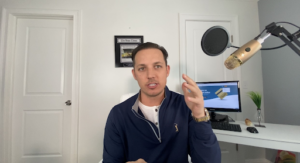 The road to owning The Genius Academy, a company that offers a master class on how to maximize your income by running an ecommerce business on Amazon and Walmart, really began in Eric’s childhood. “I’ve always been someone to do his own thing,” he says, thinking back. “I was an only child, and that actually made me into a very strong, independent person. I learned to think outside of the box and to rely on myself, and that gave me the right mindset for entrepreneurship, I believe.”

School, however, was a thorn in his side. Eric says that the school’s overly structured environment led him to want to rebel. “The dress code, the bells, the assigned seating, the deadlines, the one way of doing things – it all drove me a little crazy, honestly. I was a teenager, after all, and I wanted more freedom. Thinking about it now, I can see that I was a very independent person, someone who would enjoy eventually running his own business and being in control of its daily operations.” He pauses for a moment, then smiles. “Like I said, though, I don’t think you would have seen that coming for me back in high school.”

While Eric was bright, his grades did not reflect it. “Honestly, I was a terrible test taker, which I think a lot of people can relate to,” he says. “Some students had a hard time memorizing facts and figures. My issue was that I overthought everything. I probably knew more answers than I realized, but I fell into the trap of overthinking as I debated between two of them. Inevitably, I chose the wrong one, and that hurt my grades. It was extremely frustrating and led me to be a little cynical about school. On the plus side, though, I’ve been able to use that weakness to my advantage in business. A good business person can focus on all of the details and foresee possible outcomes to decisions. That’s one of my strengths because I am so overly analytical.”

As a teen, because Eric was so discouraged about his test scores, he was driven to prove that he was, indeed, smart and that he could succeed. “I ended up going to college, where I surprisingly did a lot better. The same freedom that gets some people in trouble worked to my advantage. I liked that no one got mad if I didn’t show up for class. I could wear a hat or pretty much anything else I wanted to. If I wanted to leave the class, I could get up and walk out, and the professor would keep on talking. It was a whole new level of responsibility and freedom that made me want to be more responsible. I eventually left college at 21 to start my first business. You would think that two years of business school would have helped me to build what I have today, but that wasn’t the case.”

Eric had found his self-confidence, and he used it to start a cell phone accessories business at a kiosk in a mall. “I basically scrounged together every dollar I had to buy the business, including leveraging my car to get a bank loan,” he says. “I threw myself into my job and worked seven days a week for two years so that I could set myself up for the life I wanted to have as I got older.”

Eric’s strengths – the instinct to think differently from most people and to chart his own course – would serve him well as he started and ran profitable businesses in the real estate, cryptocurrency, ecommerce, and food industries. “With each one I took on, I built on that independent streak I had always had, and I learned as much as I could,” Eric explains. “The success I found was actually therapeutic in a way because I proved to myself that I was a lot more than a lousy test taker. Instead, I was a man who had a good eye for business and who knew how to build one from the ground up.”

Today, Eric enjoys helping others to find their own success through The Genius Academy as well as The Genius Academy Automation, which generates passive income from ecommerce for its clients. For anyone who has ever doubted themselves or what they can do, he has some friendly advice: “Never stop learning. School can be important, but it’s not the only place you’ll get your education. If something isn’t working for you, do not give up. Instead, pivot and try something different. Believe in yourself every step of the way and remain consistent; in doing so, you’ll eventually get there and marvel at everything you’ve accomplished and overcome.”