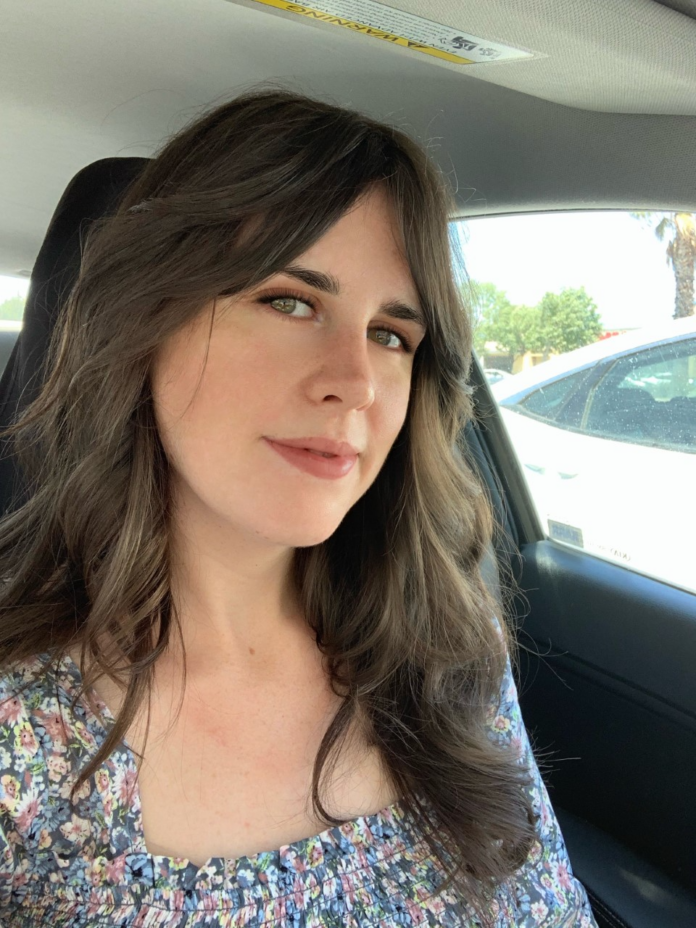 There are many perspectives, purposes, and paths we can choose in life. For some, college and a life-long career; for others, something completely different. AmourPrints founder, Kirstie Rickert, is an anomaly who found great success with no money and no education. Moving in a different direction from those around her, she had to fight to live out her purpose.

At the age of 17, a shy and awkward Kirstie took to balloon twisting and started her first gig as a restaurant balloon artist. She was told by her boss that she had to be social and overly-friendly or she would be fired. Though she was gripped with fear, she had to believe in herself for the first time in her life. Somehow believing was all it took for her to survive her first day. With new-found confidence, she felt the desire to try new things and pursue new endeavors. This meager beginning ended up playing a pivotal role in her life, and opened the door to new possibilities. Foremost among them, starting a business with no proper education. “I had no money or education and literally thought, hey why don’t I start a business,” Kirstie said laughing.

AmourPrints started out as Kirstie’s first business idea in 2012, offering unique custom canvas wall decor. When she started her Etsy shop in 2013, she was ecstatic. “I was so excited to get my first sale! I loved that experience when I was first starting out. I dropped out of college to do this full time and so did my fiance, because it became our dream to run our own successful business,” she said smiling.

Etsy became troublesome, undeservedly taking down their shop multiple times following their first successful year. “After trying to contact Etsy about my shop takedown and getting nowhere, we decided to move to a different platform,” Kirstie says.

Shopify offered more potential for growth, and was a lot less limiting. “We began automating each process and worked to understand what we were doing. It was not easy, but we finally felt that we were getting the hang of things. Shopify certainly was not easy like Etsy, because you had to do everything from the ground up. While Etsy did most of the work for you as a seller, Shopify was simply your template. I had to learn web design dev, seo, staff management, ads, and much more. Despite these obstacles, during our first year we were able to make $50K. My fiance focused on the designs and production, while I did everything from A to Z. Our second year we brought in $100K,” Kirstie states.

Despite the hard work and sales, Kirstie and her fiance were still battling the opposing opinions and comments from those in their inner circle regarding their business endeavors. “Our families would often express their concern for our decision to drop out of college. They feared we were making a terrible choice and suggested many alternate occupations, which we refused to do,” she explained. Shortly after the two got married, they had a sign of good faith when their business had its first big month and they could miraculously live on their own. During their first months as a married couple, they put even more into their business. By the next year, they were able to buy their first home, and Kirstie and her husband had their daughter who is now 4 years old.

During 2019, AmourPrints faced a do-or-die moment, and Kirstie and her husband were forced to make a life-changing decision. “We were losing thousands of dollars each month, but something was telling me not to give up, to push through. This later turned out to be one of our wisest decisions regarding our business,” Kirstie tearfully explained.

2020 dealt AmourPrints another blow when COVID hit and businesses all around the world faced uncertainty. Kirstie and her husband didn’t know if their business would survive, but Kirstie determinedly pushed through once again. She began researching how to increase store visibility and implemented more effective business strategies. “I upgraded to Shopify Plus, and took a risk and invested all of our money. Last year, in 2020, we somehow miraculously made $3.6 million and this year we are on track to double our earnings,” Kirstie says, beaming. “I have worked so hard and I give God the credit for helping me through this. Our families are proud of us and now understand why we didn’t give up.”

In four years, Kirstie took AmourPrints from $0 to $4 million. “As a Christian, we feel led to donate a percentage of our sales to help those in need. With each sale, we donate to World-Vision to help fight homelessness all over the world.”

Both Kirstie and her husband have invested so many hours into AmourPrints, and it has paid off. “We are so proud of what we have accomplished. Everything that our AmourPrints is today is a result of trial and error, and it has been an awesome, rewarding journey so far.” As the two continue to grow their business, one thing is for sure: “We don’t regret a thing – college, Etsy, or anything. We are doing what we love and I believe we are living out our purpose.”

Mortgage Brokers Are Turning to Customized Leads to Maximize Income