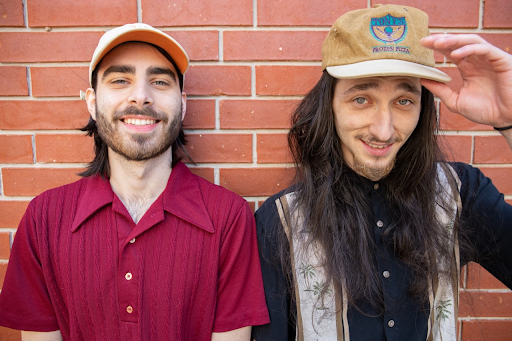 Music is subjective, everyone’s taste will always vary. However, regardless of personal preference, talent is instantly recognizable. Talented comes to mind when discussing the indie band known as Hotel Ugly. Hotel Ugly are considered the newest entertainers to the indie music scene. As a band, they’re made up of brothers Mike and Chris Fiscella. As a driving force for indie-pop music, they are seen as individuals with an innovative take on the industry.

Making music is more than just singing. Different aspects of a song ultimately determine if it’s a hit or not. Everything from the editing of the songs to the lyrics written contributes to the tone of the song. That’s where Hotel Ugly excels as they have all aspects of their music covered. Mike, with his years of experience, contributes to Hotel Ugly through audio engineering and Chris’s skills lie in writing. By combining both their skills, they’ve made themselves a force to be reckoned with.

Under their band, they released an EP titled “The Ugly EP”, which features the soon to be hit song titled “Shut Up My Mom’s Calling”. Upon release, the song began to make rounds on social media. Featured in numerous TikToks, the song gave Hotel Ugly the platform in order to take over the indie music scene of Houston. As the song gained in popularity, people began to notice the obvious talents of Hotel Ugly. Crafted with dedication and passion for music in mind, “Shut Up My Mom’s Calling” soon proved to be Hotel Ugly’s key to success.

Since “Shut Up My Mom’s Calling,” Hotel Ugly has enjoyed much success. As a Houston-based band, they’ve toured all over Texas. Enriching the lives of new fans county wide, the traction made in Texas has proven fruitful to their success. Touring in places like San Marcos, San Antonia, and Dallas just to name a few, they’re showing a new side to the indie music scene. Serving as a catalyst for indie music, Hotel Ugly continues to grow within the industry.

Aside from their work in the industry, the importance of mental health is something Hotel Ugly holds dear and near to them. Growing in popularity, they’ve outreached their services to the Mental Health of America within the greater Houston area. Through their performances, they are raising money to aid those struggling mental health. In doing so, they’ve prioritized more opportunities for those who struggle with mental health. Setting mental health as their core principles, Hotel Ugly is further building on their stock as entertainers.

“Shut Up My Mom is Calling” was just the first step for Hotel Ugly. Taking the success they’ve garnered from their single, they’ve put back the same amount of dedication and passion into their work since. Their highly anticipated single “The Ballad of Eddie Jabuley,” is set to be released on June 4th, 2021. Following the success of “Shut Up My Mom is Calling,” this serves as evidence of their dedication. With this new single, Hotel Ugly has capitalized on the momentum that they’ve garnered thus far. In addition to a single, Hotel Ugly’s fans can expect an album in the near future.

As they continue to climb to new heights within the industry, Hotel Ugly is expanding their fan base. Through interviews found online, they are spreading their music and have already seen global feedback. Making their way through the Houston scene is just the beginning. Planning to take their band countrywide, they’ve done the footwork to grow as a band. As they continue to blossom into their own, Hotel Ugly is set to make waves in the indie music industry.

Meet Akeen Downer AKA Keemy Uptown an Up and Coming Rapper

Want to be a recording artist but aren’t sure where to start?