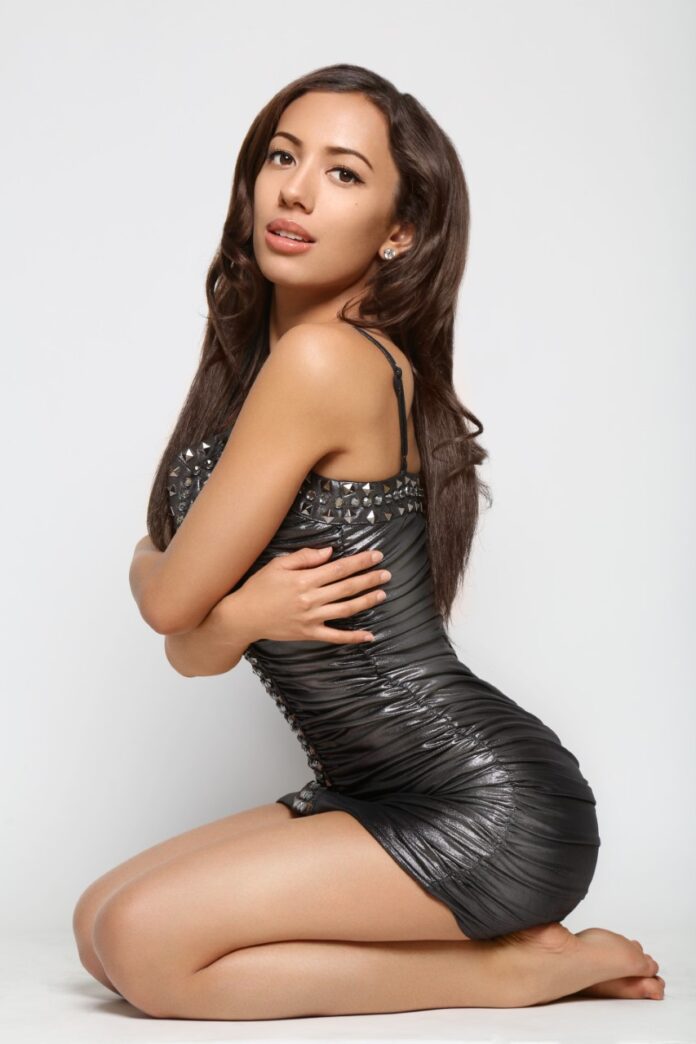 Theadina Seyfried moves easily between two worlds: the glamour of Hollywood and fashion photoshoots and the reality of the problems found outside of that bubble. An accomplished model and actress, Theadina finds herself in a unique position: she now has the larger platform she has always sought, one that will allow her to impact the lives of many people and help solve social issues that touch her heart.

“I have been very fortunate in my life,” Theadina says. “My father had an excellent job in the movie industry and was even a decorated colonel in the US Army and then an archaeologist. He worked very hard and took care of his family, so I am thankful for him. My mom was a Filipino nurse, and I lived for a few years in the Philippines, which is absolutely gorgeous. We returned to LA when I was four, and my parents took me to countless museums and theaters in the city, so I learned a lot about culture and diversity.”

Theadina allows that for a while, her priorities were misplaced. “I was looking in the wrong direction,” she remembers, thinking back. “I was putting too much emphasis on appearances and parties. It was easy to do because I didn’t want for anything, but I let that affect what I valued.”

The turning point, she says, came when her father passed away a year ago. “That hurt,” Theadina says quietly. “I was very close to him, and his death hit me hard. I took the past year to grieve and to reconsider where my life was going. I ultimately realized that clothes, bags – it’s all meaningless, really. It’s nice to have, but it doesn’t make you happy. I had to delve into what would make me content, and I realized that what I really want to do is help people. Yes, I want to continue acting and modeling because that’s just a lot of fun to do. But I really want to use what I’ve been given to improve the lives of people.”

That new mentality is driving all of Theadina’s plans for the next few years. “I see acting as a service to people,” she says. “People turn on a movie so that they can relax and escape the pressures of life, so in this way, my acting serves others. I am shooting a short horror film in March, which I am really looking forward to.” 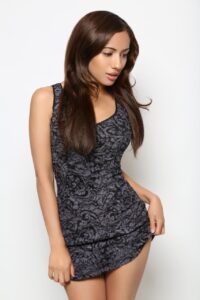 Theadina is especially excited about her plans for her new business. “I am starting a skincare line in 2022,” she states. “I still have to go to South Korea to do research, but that’s the target date. I use La Mer, but even though I love it, it’s very expensive and not easily accessible to other women. So, I plan to make something cheaper but that is still of good quality. I am going to go to Africa because that is where I can get Shea butter in large amounts for the cheapest price. I at least want to have a cleanser, SPF, moisturizer, and night creams. I want all of this to be affordable for women because there’s so much out there that is just tremendously expensive.”

When Theadina thinks about her life five years from now, her ambitious nature is evident. “I see myself either living in Paris or traveling the world. I see a few more films under my belt as well as me getting into French and European cinema, perhaps even a movie, short film, or independent film at the Cannes Film Festival. I will already have my skincare line, of course. I’d like to either build an orphanage or start my own nonprofit organization for young kids or girls. That is my dream. I just want to help people but also make the world a more beautiful and better place. So, the sky’s the limit. Philanthropy mixed with acting, beauty, and business.”

When Theadina is asked about the advice she would give to other rising actors or entrepreneurs, she turns thoughtful. “Definitely be relentless in your pursuits. You’ll get so many rejections when you start out, so you have to keep going no matter what happens. Also, you absolutely must believe in yourself. You must be confident when you go to auditions. You will be judged up and down for your looks and for your acting as well as for every move or twitch you make. It is vital that you know yourself, who you are, and the reason why you’re doing something.”

After a year of introspection, Theadina knows herself and her own “why.” “I also know how to live my own life better than I once did,” she says. “My goal is to live in the moment and make today amazing. I will seek the beauty in everything and remember that I will always have something beautiful to look forward to. I will also do what I can to bring beauty to other people around the world.”