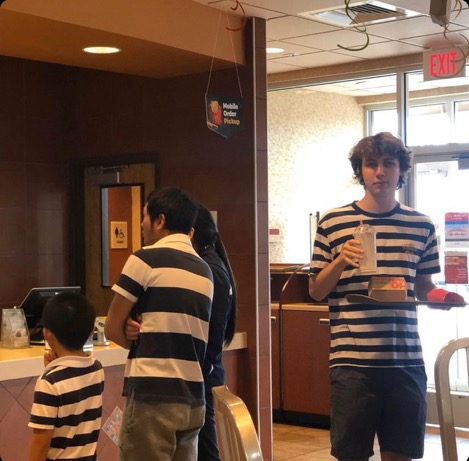 ByJacub was born and raised in Indianapolis Indiana since he was a kid he has been interested in anything that he finds intriguing. He conceived his first design in his sophomore year of high school. This was way before he built up his large instagram  following, he mostly just sold to local kids that enjoyed the design. After he graduated he began gaining a large following and decided to launch his new brand, “8itch”. Since then he has done two clothing drops which were a huge success that his audience absolutely loved.

ByJacub plans to keep his brand exclusive to Instagram and his website where his clothing is available. To build anticipation for his big upcoming release he has taken down his website and posted teaser pictures on his Instagram. ByJacub plans on focusing all his energy until this next drop and expanding his brand. His goal for his brand, 8itch, is to stay completely online, he doesn’t want it in any stores and doesn’t want any third parties touching it.

On his page, he likes to keep his pictures lighthearted and follows trends with his posts. He has a unique format unlike any other influencer which was a big goal of his. He takes pride in staying true to himself and his image, and hopes to inspire his audience to be themselves. This is what ByJacub’s personal brand represents and he has made sure that his clothing brand reflects it as well. Growing up he saw a lot of people who tried very hard to fit in and that is exactly what inspired him to start creating, clothes, videos, films, any type of content that he found interesting.

ByJacub doesn’t really open up a lot about his clothing brand and what’s to come, he prefers to let people wonder and that is what has helped the brand succeed. The curiosity aspect is what provides his audience with an entire experience and not just purchasing another article of clothing. He does not have a very large audience but the audience that he does have works as a cult following and provides lots of love and support. He showed some messages from people saying they have been inspired to start their own brand, or launch a YouTube channel, or start streaming. ByJacub made it clear it’s not about what they create as long as they enjoy creating it. Whether it is a Christmas tree ornament or a movie it is important that people always express their creativity in a way that they enjoy.

Samuel Benn – Actor of an Era

Pat Mazza: ‘Don’t be worried about content fatigue, nobody’s going to see it all’