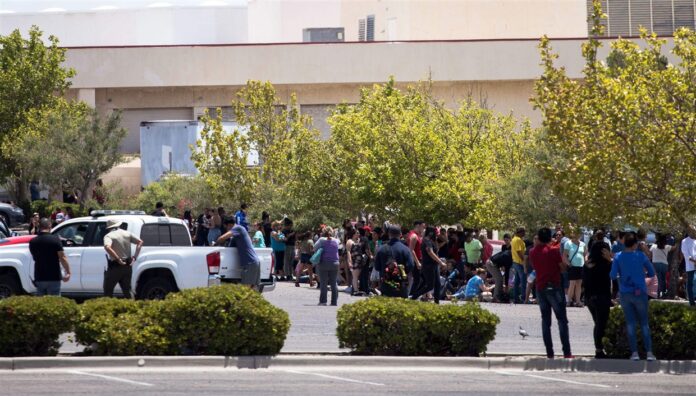 EL PASO, Texas — A man shot in the Aug. 3 attack targeting Latinos in an El Paso Walmart died after months in the hospital, raising the death toll from the attack to 23, according to a hospital official.

“After a nearly nine-month fight, our hearts are heavy as we report Guillermo ‘Memo’ Garcia, our last remaining patient being treated from the El Paso shooting, has passed away,” said Del Sol Medical Center CEO David Shimp.

Garcia and his wife Jessica Coca Garcia were fundraising for their daughter’s soccer team in the Walmart parking lot when the suspected gunman opened fire that Saturday morning.

Garcia is survived by his wife, who suffered leg wounds but recovered. A week after the shooting, she rose from her wheelchair to give a speech across the road from the county jail where the suspected shooter was being held.

“Racism is something I always wanted to think didn’t exist. Obviously, it does,” she said. Police said they arrested Crusius near the shooting after he surrendered to officers, telling them he was targeting “Mexicans.” They also attributed to him a four-page racist screed that decried a Hispanic “invasion” of Texas and the U.S., and called for ethnic and racial segregation.

The shooting was the largest terrorist attack targeting Latinos in modern history and spread fear throughout the Latino community.

In the wake of the attack, El Paso police said the Walmart had previously hired armed off-duty police officers to guard larger stores but removed them at some point.

The Garcia family joined a number of victims who sued the Walmart over lack of security on the busy Saturday shopping day when about 3,000 people were in the store. The lawsuit is ongoing.

Following the attack, the Bentonville, Arkansas-based company added armed and unarmed officers to all of its stores. It stopped selling handguns and short-barrel rifle ammunition.

The store where the shooting took place reopened in November.