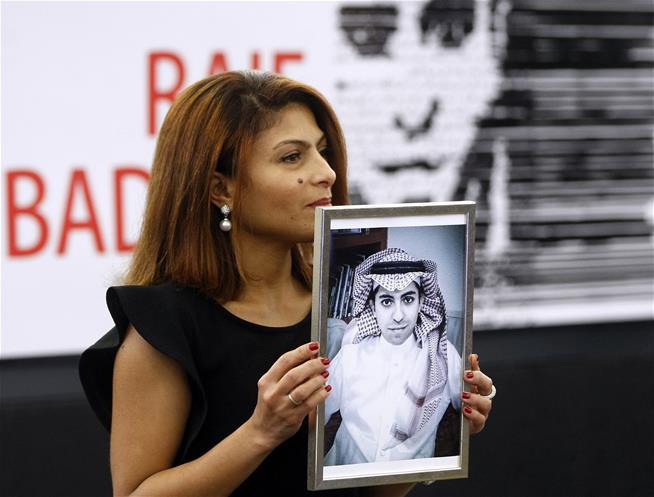 Crimes in Saudi Arabia will no longer be punished by flogging. The decision came from the kingdom’s supreme court, the Guardian reports. “This is a welcome change, but it should have happened years ago,” said a spokesman for Human Rights Watch. Rights groups have said flogging has been imposed for offenses including public intoxication, harassment and extramarital sex. Permissible punishments still include amputation for theft and beheading for murder and terrorism offences. “There’s nothing now standing in the way of Saudi Arabia reforming its unfair judicial system,” Human Rights Watch said. The high court’s announcement said, “The decision is an extension of the human rights reforms introduced under the direction of King Salman and the direct supervision of Crown Prince Mohammed Bin Salman.” The king named his son as heir to Saudi Arabia’s throne in 2017.

The flogging that drew the most attention was of Raif Badawi, whose website included content that was critical of the religious leaders in the kingdom and endorsed the legal systems of Western nations. The site also contended that atheists shouldn’t be punished for their views, per the New York Times. In addition to being given a prison term and fine in 2014, Badawi was sentenced to be struck 1,000 times with a cane weekly for months. But a video of the first beating led to a global outcry, and there were no more canings of Badawi. He was nominated for a Nobel Peace Prize and received the Sakharov Prize for Freedom of Thought, the EU’s premier human rights honor. Badawi remains in a Saudi prison. Amnesty International said last week that another prisoner, political activist Abdullah al-Hamid, died in custody. (

Chennai beat Kolkata to win fourth IPL title as Dhoni refuses to be drawn on futureon October 15, 2021 at 6:28 pm