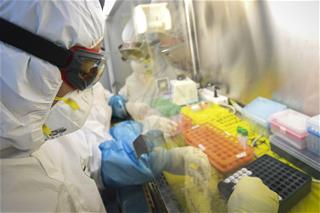 The coronavirus pandemic was almost certainly not triggered by a lab accident, scientists tell NPR—despite concerns to the contrary floating around Washington. “Every time we get a new virus emerging, we have people that say, ‘This could have come from a lab,'” says Peter Daszak, who studies pandemic origins. “It’s a real shame that the conspiracy theories can get to the level they’ve got with policymakers.” Among their arguments, scientists say the coronavirus, like SARS and MERS, was likely transmitted from bats to people amid civilization’s encroachment on animal habitats. Such “zoonotic spillover” is so common in some places that nearly 3% of those surveyed in a rural part of China had antibodies to SARS-like coronaviruses.

Another scientist says the Wuhan Institute of Virology—the center of much “lab accident” concern—is so safe that it helped shape industry protocols. And it’s apparently hard for a virus to escape labs where researchers take precautions to avoid infection, like freezing samples of bat fluids in nitrogen. Granted, SARS did escape a lab environment three times in the early 2000s under different circumstances, and the Washington Post reports that US Embassy officials who visited the Wuhan lab expressed concern about safety conditions there. The Trump administration has even advanced the accident theory in recent weeks. But “risk is not reality,” says a Singapore scientist. “The origin of COVID-19 is consistent with other natural zoonotic crossover events, without invoking lab accidents.” (Read more coronavirus stories.)

Problems tracking your stimulus check and setting up direct deposit? 9 reasons why