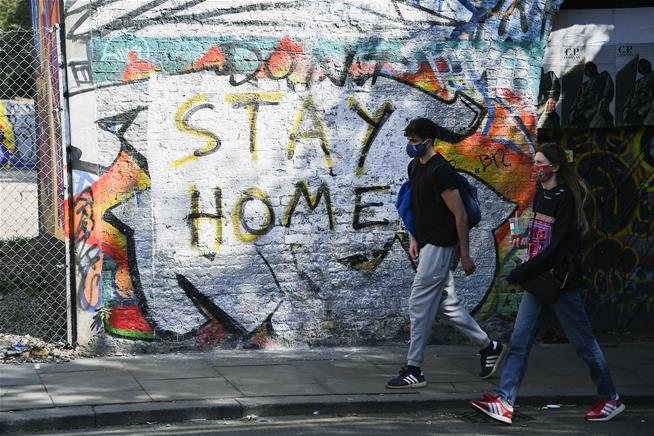 British Prime Minister Boris Johnson is returning to work at 10 Downing St. on Monday after recovering from the coronavirus that put him in intensive care, with his government facing growing criticism over the deaths and disruption it has caused. Foreign Secretary Dominic Raab, who the AP reports has been standing in for the PM, said Sunday that Johnson was “raring to go.” Britain has recorded more than 20,000 deaths, the fifth country in the world to reach that total. Thousands more are thought to have died in nursing homes. Johnson, 55, spent a week at St. Thomas’ Hospital, including three nights in intensive care. After he was released on April 12, he recorded a video thanking staff at the hospital for saving his life. Johnson has not been seen in public since, as he recovered at Chequers, the prime minister’s country retreat outside London.

Opposition politicians say Britain’s coronavirus death toll could have been lower if Johnson’s Conservative government had imposed a nationwide lockdown sooner. They are also demanding to know when and how the government will ease the restrictions that run to at least May 7. “Decisions need to be taken quicker and communication with the public needs to be clearer,” Labour Party leader Keir Starmer said in a letter to Johnson. “The British public have made great sacrifices to make the lockdown work. They deserve to be part of an adult conversation about what comes next.” Despite the toll, which saw another 813 virus-related deaths Saturday, some in Britain are growing impatient with the restrictions. As fears recede that the health system will be overwhelmed, opponents are criticizing Johnson’s government over shortages of protective equipment for medical workers and a lack of testing. More than 100 medical workers have died so far.