To Find Friend’s Body, They Climbed in Killer’s Window

To Find Friend’s Body, They Climbed in Killer’s Window 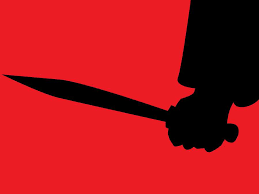 The 2018 murder of Binghamton University nursing student Haley Anderson is the subject of a 48 Hours investigation to air Saturday. On Thursday, a network promo revealed it was Anderson’s roommates who found her body in the off-campus residence of her sometimes romantic partner and killer after climbing through a window, per CBS News. The 22-year-old from Long Island had spent the night of March 7 drinking and playing games with her roommates, but was gone when they woke up. By March 9, roommate Josie Artin decided to use the Find My Friend app, tracing Anderson’s phone to Orlando Tercero’s apartment. Artin, who says Tercero was jealous and would drive by or stop in uninvited at the women’s home, then went in search of her friend.

They didn’t know police had already visited the home at the request of Tercero’s sister, who’d received a concerning phone call, but left when no one answered the door. Artin and another roommate were also met with silence. But they weren’t prepared to leave knowing Anderson’s phone was inside. And a window was open. After climbing through, the pair found Anderson’s strangled body in Tercero’s bed. “I didn’t know for sure she was dead at the time,” Artin tells 48 Hours, per Newsday. “She just was so pale, you know?” Anchor Maria Elena Salinas also spoke with Anderson’s mother and visited Nicaragua, to which Tercero, a then-23-year-old dual citizen, fled. He’s now serving a 30-year sentence, but “it’s a mystery why he would hurt someone he claimed to love,” Salinas says.