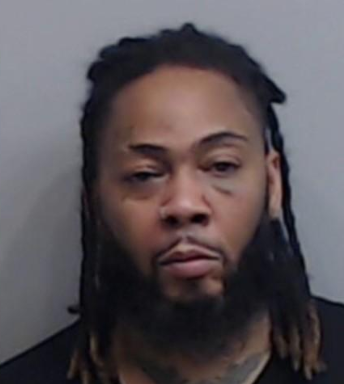 An argument over Georgia’s shelter-in-place order led to a fight that left a 16-year-old dead and his stepfather in the Fulton County Jail. A police spokesman says the dispute began Wednesday when 16-year-old De’onte Roberts argued with his mother and stepfather and left their Atlanta home against their wishes, CNN reports. Later that night, “the victim returned to the home and kicked in the door to the house where a physical fight began between the suspect and the victim,” police rep Steve Avery said in a statement, per the Atlanta Journal-Constitution. “During that altercation, the victim was shot.” Roberts was shot in the chest and died at Grady Memorial Hospital.

Roberts’ mother and younger sibling were inside the home when the teen was shot. Police say the stepfather, 42-year-old Bernie Hargrove, has been charged with felony murder. Authorities have urged people to remain calm when domestic tensions rise during stay-at-home orders. “When the pressure gets hot, you just have to take a deep breath and you have to separate. People are on top of each other right now. We’re staying in the house,” Atlanta Police Capt. D’Andrea Price tells KSB-TV. (The UN has warned about a “horrifying surge in domestic violence” worldwide amid widespread lockdown measures.)

Previous Article
His Grisly Death Couldn’t Have Been Accidental. What Was It?
Next Article
To Find Friend’s Body, They Climbed in Killer’s Window