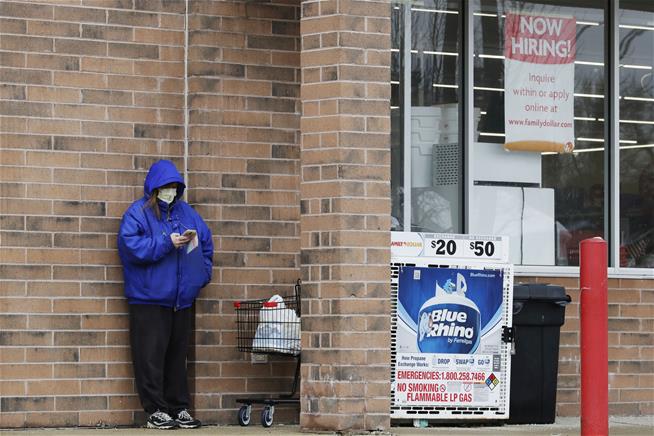 More than 4.4 million laid-off workers applied for US unemployment benefits last week as job cuts escalated across an economy that remains all but shut down. Roughly 26 million people have now filed for jobless aid in the five weeks since the coronavirus outbreak began forcing millions of employers to close their doors, per the AP. About one in six American workers have now lost their jobs since mid-March, by far the worst string of layoffs on record. The total number of people who are receiving unemployment benefits has reached a record 16 million, surpassing a previous high of 12 million set in 2010, just after the 2008-2009 recession ended. This figure reflects people who have managed to navigate the online or telephone application systems in their states, have been approved for benefits, and are actually receiving checks.

The US economy is now in the worst economic crisis since the Great Depression of the 1930s. Some economists say the nation’s output could shrink by twice the amount that it did during the Great Recession. Scattered re-openings in states like Georgia and Texas won’t lead to much rehiring, especially if Americans are too wary to leave their homes. And there are likely more layoffs to come from many small businesses that have tried but failed to receive loans from a federal aid program. Economists at the Federal Reserve estimate that hotels and restaurants have shed the most jobs—4 million since Feb. 15. That is nearly one-third of all the employees in that industry.