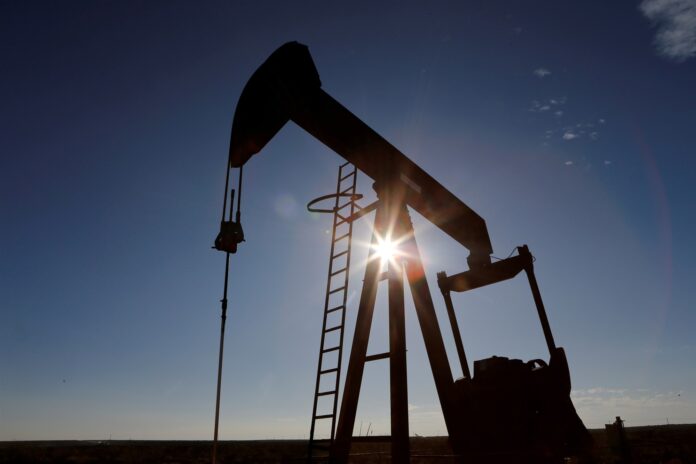 U.S. crude oil prices dropped by almost 300 percent to turn negative for the first time as plunging demand pushed storage facilities to their limits. May delivery for the U.S. benchmark crude, West Texas Intermediate, sank to a new low of minus $37.63 a barrel by the close of the oil market on Monday, a staggering level that essentially means producers would be paying buyers to take oil off their hands.

Oil set to be delivered in May was hardest hit, since that futures contract expires on Tuesday. The June contract also fell, though by a far smaller margin of 18 percent.

Social distancing lockdowns across the world have slashed demand to almost zero as much of the world’s industry and travel have ground to a halt. Even a historic production cut agreement between OPEC and its allies did not provide the momentum required to stanch the surplus, as producing countries continue to pump oil ahead of the May 1 implementation.

In addition, tanks, ships, and pipelines are almost full, complicating the calculus for many U.S. producers who want to hold on to their oil until the outbreak subsides and there is greater demand.

The crash in the oil market is the latest sector of the economy to sustain serious — though temporary — damage from the coronavirus pandemic. Ahead of the OPEC deal, prices had plunged to 1991 levels and were struggling to recover amid a paralysis of the global economy.

The energy economy is forcing U.S. companies to make tough decisions. They are struggling to stay afloat as falling prices make them less competitive, and they are laying off workers.

“Even if we get the COVID-19 shelter-in-place protocols lifted by April 30, and we start to see some pop in demand, you are going to have so much oil sitting in tanks that, regardless of production cuts, you are still looking at a massive glut of oil going into the third quarter,” Stephen Schork, founder of The Schork Report energy newsletter, told NBC News.