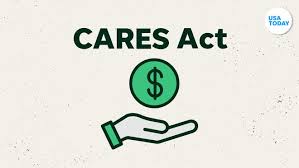 The Treasury Department has confirmed that economic impact paper checks from the $2.2 trillion coronavirus stimulus relief package have already started going out and are in the mail.

Department officials are walking back Treasury Secretary Steven Mnuchin’s comments at a White House gaggle with reporters where he said they would start going out “next week.”

“There is no delay whatsoever. We encourage people to go to IRS.gov/coronavirus/get-my-payment to sign up for direct deposit to get their payment fast,” said a Treasury Department spokesman in an emailed statement. “To the extent that paper checks are needed, millions of them are on the way, hitting mailboxes over the next few days if they haven’t begun to arrive already.”

Asked on April 3 at a White House taskforce briefing whether he wanted to sign the checks, Trump answered, “No. Me sign? No. There’s millions of checks. I’m going to sign them? No. It’s a Trump administration initiative. But do I want to sign them? No.”

Mnuchin took credit for putting the president’s name on the paper checks, which President Trump denied knowing anything about when asked.

“We did put the president’s name on the check: that was my idea, ” Mnuchin said on CNN’s State of The Union. “He is the president, and I think it’s a terrific symbol to the American public.”

The Treasury Department confirmed that some 80 million Americans have already received their stimulus checks via direct deposit, amid some initial reports of payments going to the wrong accounts.