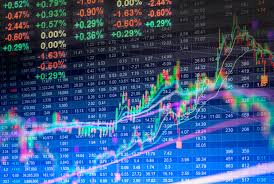 Earlier this morning, Morgan Stanley (MS) released their Q1 2020 earnings. They were the last of the big six American banks to do so. Now that those reports are all in, there are some common themes and some conclusions that can be drawn with implications for the broader market.

The only one of the big six to actually trade higher after results was Goldman Sachs (GS). They reported EPS of $3.50, above the consensus $3.11 estimate, and although the stock initially moved lower, it climbed throughout the day yesterday to finish just above Tuesday’s close. Once you start to break down where the bank profits came from, that makes perfect sense.

The best performing business unit on a relative basis for all six was their trading divisions. Equity and fixed income trading had a bonanza last quarter, which should come as no surprise. Volatility may be scary for the average retail investor, but for desk traders, it is extremely welcome. For them, movement equals money, regardless of direction.

Goldman outperformed the others because their business model is much more focused on Wall Street than Main Street. That is good for them and their shareholders right now, but it hints at a warning for the rest of us.

This is not 2008. Comparisons are inevitable in some ways given that was the last time we saw a market collapse of this magnitude, but in almost every way it’s a different scenario. From high to low, this was a 35% decline that happened in just over a month. Back then, stocks lost over 57% from their 2007 highs before bouncing, but it happened over 17 months. We could have further and longer to go, but so far, this has been more of a short, sharp shock than a systemic collapse.

More importantly, back then, that was a crisis led by the banks and financial system. Every detail of their performance mattered then and a recovery in trading profits was seen as a welcome thing.

Now, though, the crisis is throughout the economy and focused on ordinary working people. The ill-effects did not start on Wall Street and trickle down this time, they started at grass roots level and will work their way up to the financial system.

Big dealing room profits for the big six right now are therefore, at best, irrelevant, and quite possibly harmful. They tell us nothing about the health of the economy, and will no doubt be seen by some as another example of Wall Street sucking money out of a system that needs every bit of support it can get.

The merits of that argument are up for debate, but the important thing for investors here is that big beats from trading are obscuring the extent of the economic effects of the coronavirus-related shutdown. Overall bank profits were down more than anticipated, both on a quarter-to-quarter and annual basis despite the big trading profits, suggesting that Wall Street and the stock market are still underestimating the damage done. Investors should heed that warning.

Problems tracking your stimulus check and setting up direct deposit? 9 reasons why