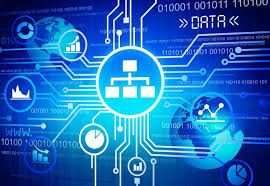 Technology stocks continued to climb in Tuesday trading, with the SPDR Technology Select Sector ETF advancing 4.2% while the Philadelphia Semiconductor Index was rising 4.1%.

Among technology stocks moving on news:

(+) Fidelity National Information Services (FIS) was narrowly lower in late Tuesday trading after the financial software firm said it was that it is assisting several US states to enable online food purchases for food-stamp benefit recipients under a pilot program run by the US Department of Agriculture. The company earlier Tuesday lowered its Q1 outlook and withdrew of its FY20 guidance because of the COVID-19 pandemic, prompting price target reductions at least two brokerages.

In other sector news:

(+) Axcelis Technologies (ACLS) raced almost 12% higher after the semiconductor components company Tuesday raised its Q1 forecast above analyst estimates, now projecting a $0.30 per share profit for the three months ended March 31 on $118 million in revenue, up from its prior guidance expecting to earn $0.21 per share and $115 million in revenue. Analysts, on average, had been looking for Q1 net income of $0.19 per share on $115.1 million in revenue.

(+) Skyworks Solutions (SWKS) climbed 5.6% after the chipmaker Tuesday issued preliminary Q2 financial results exceeding Wall Street forecasts. Excluding one-time items, the company is expecting to earn $1.34 per share during the three months ended March 31 on $766.1 million in revenue, topping the Capital IQ consensus looking for an adjusted Q1 profit of $1.32 per share on $758.1 million in revenue.

7 Fundamental Questions to Ask Yourself as a Crypto Investor

BabyElon: The Cryptocurrency You Should Keep an Eye On