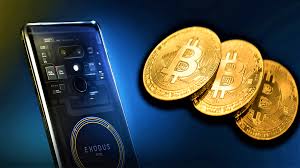 Mobile phone manufacturer HTC has demonstrated a special interest in the blockchain and cryptocurrency space, introducing numerous industry-related features in its flagship Exodus smartphone. Now, it will allow its customers to participate in one of the space’s most critical practices by launching an app through which they can directly mine cryptocurrency.

Launched last year, HTC’s Exodus 1s was the first-ever smartphone with the ability to run a full Bitcoin node, allowing users to directly validate transactions on the network’s 270-plus GB blockchain. This built on progress HTC had already made in allowing its products’ users to store their private keys, needed to access and protect cryptocurrencies.

As may be expected for such a challenging technical addition, the Exodus’s full node capabilities left some functionalities to be desired upon its introduction. However, it still represented significant progress in bringing a vital piece of the blockchain sector into the hands of more people and a clear signal that HTC sees this strategy as part of its future.

As its next step in integrating its devices with cornerstone practices of the cryptocurrency world, HTC has announced DeMiner, an app developed by Midas Lab that is expected to allow users to mine cryptocurrency when it becomes available sometime in Q2 of 2020.

Cryptocurrency mining is a notoriously energy-intensive, and therefore expensive, practice. HTC believes it has circumvented that obstacle for mobile users somewhat by focusing its mining functionality on Monero (XMR). Though users probably won’t be able to turn much profit by mining with such relatively low computing power, HTC appears hopeful that they won’t lose money and will be introducing new touch points into the space.

“Midas Labs empowers Exodus 1s users to mine at least $0.0038 of XMR per day on average, while the electricity cost is less than 50 percent of that,” Forbes reported. “Part of the reason for this endeavor is to deepen the process of decentralization by providing hardware-related solutions for the mobile industry.”

This decentralization appears to be a key driving force behind HTC’s interest in the space.

“At HTC, our position is to use the mobile phone to drive further decentralization,” Chen told Forbes. “The mobile phone has become the primary computer device of the people and making it accessible to everyone empowers the people.”

It is clear that the loftier goals of decentralizing the cryptocurrency mining industry and taking a step to make the practice mobile will be more motivating for users than any potential for significant profit through the new app.

“Even if you mined every single day, that $0.0038 estimate would only yield $1.39 of XMR in a full year,” per Decrypt. “For context, the most recent edition of the Exodus 1 — the Binance Edition (which has native support for Binance’s decentralized exchange, and is the only version in stock on HTC’s website) — costs around $700. Assuming the price of Monero remains constant, it would take half a millennium of mining to get your money back. And that doesn’t factor in electricity costs.”

Still, a lack of immediate profitability or even effective mining capabilities should not stand in the way of HTC bringing more of the cryptocurrency world to a wider audience through this new launch.

Foxville.app is the First Decentralized Farm Gaming NFTs on Solana