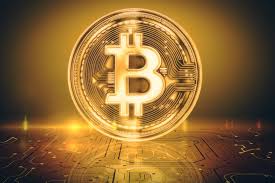 The cryptocurrency market recently suffered one of the most intense drops recorded in history that many referred to as “Black Thursday.” What exactly happened and what are the lessons that we can learn here?

March 12, 2020, has gone on record as the day the cryptocurrency market structure broke, but a “sell-off” was not to blame. Bitcoin hit an incredible low of $3,867 for some minutes before it quickly bounced back above $4,000.

Due to a series of events within 13 hours, from traders panicking following traditional markets to the liquidation of $1 billion of long positions, 25% of the market was wiped out. The crypto market structure simply caved in.

Market Structure Is To Blame

In order to understand how this happened, we need to get an idea of how the crypto market structure works. Unlike the traditional market, this market makes use of multiple trading venues, not a single, centralized one. Prices normally deviate between trading venues, but only to a minor extent, thanks to traders that continuously capture those arbitrage opportunities, which we’ll call arbitrageurs. Arbitrageurs are an essential piece of the price discovery mechanism in the market. They are the invisible hand that makes crypto-markets (more) efficient by harmonizing prices from one venue to another.

Most of these traders use the same platform to get their reference price: BitMEX. The platform gives them access to the most liquid BTC/USD market with a relatively low cost of capital, through the use of instruments called perps (“perpetual futures”). Because those instruments are levered, users need to post some collateral when trading on BitMEX, and this collateral can get liquidated automatically if the price moves too much in one direction.

Normally, arbitrageurs deposit a margin on BitMEX, trade on other exchanges and hedge all their trades on BitMEX, collecting the spread between other exchanges’ spread and BitMEX. Doing this across all markets and across several market makers, and you have a convergence of price in most of the trading venues.

What it means: the price of BTC on any trading platform is close to the price on BitMEX thanks to market makers. As a result, BitMEX’s price is the reference price, and that creates a concentration of funds on BitMEX.

The way BitMEX works is that when price deviates and a user’s position becomes too low, Bitmex will liquidate the position on their own exchange. Usually, this works well, because of the overwhelming liquidity on BitMEX perps.

When Bitcoin’s price crashed on March 12th, the exceptional volatility hit BitMEX first, which started liquidating positions quite aggressively. To avoid their positions being closed, a number of traders started sending additional BTC collateral to BitMEX at the same time, congesting the Bitcoin blockchain. For this reason, additional collateral failed to reach most of the users’ accounts on BitMEX, triggering a chain reaction of liquidation on their order book. At one point, BitMEX had $200m of liquidations pending for only $20m of outstanding orders. If it was not for a last minute maintenance that halted trading, Bitcoin could have plummeted down to zero on BitMEX, and all other exchanges would have followed – albeit temporarily.

Institutional Sell-off Was Not a Causal Factor

It’s clear that the general opinion that an institutional sell-off was to blame for the crash is misguided. Rather, the collapse of the crypto market infrastructure was the main causal factor.

Bitcoin and other cryptocurrencies have not suffered as big of a blow as the traditional markets received due to the COVID-19 pandemic. This makes sense because the crypto market also reacts to factors such as mining and crypto exchange activities, among others. Although retail cryptocurrency traders are affected by both the stock market and the crypto market, most of the institutional actors, such as miners or crypto hedge funds are not.

Furthermore, though the market suffered a massive crash on Black Thursday, it has recovered almost as fast as it went down. This validates our reasoning above: the cryptocurrency market reached a threshold of volatility that completely broke its infrastructure, leading to massive liquidations. If Bitmex hadn’t stopped their platform for maintenance, BTC could have gone to 0 – with no change in the rationale around its value. This was not an educated selloff or a shift in perception of the asset from investors.

Lessons From The COVID-19 Crisis

Now more than ever, Bitcoin is relevant to the global economy. Central banks over the world, starting with the US Fed and the European Central Bank, have started massive inflationary monetary policies. Bitcoin – with its fixed inflation and “coded” monetary policy – makes the most sense in a world of inflation and loss of relative value of currencies having legal tender. There’s no wonder why the demand for Bitcoin is strong in countries where inflation is high: it is the perfect hedge against overinflation.

That being said, Bitcoin can only fulfill its purpose if its value is not destabilized by failing infrastructure problems. The fact that one single platform, BitMEX, can move the price of BTC from 1 to almost 0 is a massive problem for Bitcoin. Now more than ever, there is a need for better market infrastructure.

Interestingly, COVID-19 could lead to an increase in the adoption of blockchain as a technology – which would equip financial institutions with the right technology to hold digital assets, such as BTC. With half of the world’s population in confinement, blockchain technology could become a solution to a burning problem: how to digitize value transfers in a secure way over the internet. Most of the financial system relies on almost-manual operations to move assets around. When operators cannot come and perform these actions, how do you make sure the financial system keeps going? The need could not be any greater right now.