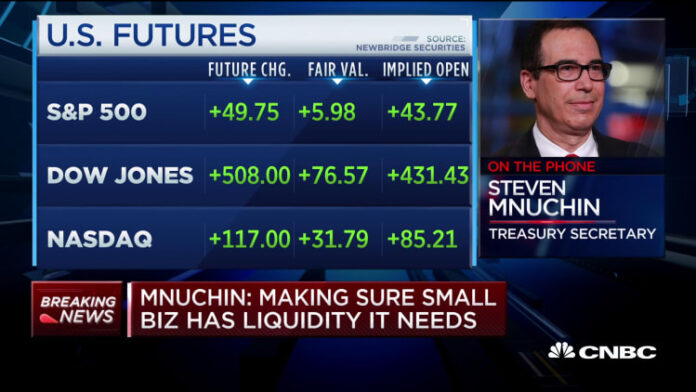 White House health advisor Dr. Anthony Fauci on Sunday expressed “cautious optimism” that the deadly coronavirus outbreak is slowing down in the United States, and said that parts of the country may start to reopen as soon as May.

Fauci, the director of the National Institute of Allergy and Infectious Diseases, warned on CNN’s “State of the Union” that the entire country won’t suddenly turn back on like a “light switch.”

But there are “indications” that some of the metrics used to gauge the crisis “are starting to level off” in some areas, he said.

Asked when parts of the U.S. could start to relax some of their strict social-distancing measures, Fauci said that the process could probably begin “at least in some ways, maybe next month.”

Fauci’s hopeful remarks came less than a day after the U.S. counted more than 20,000 deaths from the disease, surpassing Italy as the nation with the highest number of recorded deaths in the world. More than 530,000 people in the U.S. have tested positive for COVID-19, according to data from Johns Hopkins University.

WATCH NOW
VIDEO02:00
Treasury Secretary Steven Mnuchin says US economy could open back up in May

New York’s metropolitan area, the epicenter of the outbreak in the U.S., posted its highest single-day death tolls this past week. But even as the death count climbs higher, other metrics such as hospitalizations, intensive-care check-ins and intubations started to flatten and seem to be “starting to turn the corner,” Fauci said.

Health experts like Fauci note that the number of deaths from the coronavirus will tend to lag behind the number of infections and hospitalizations, meaning that evidence of progress can be found even when the virus is at its peak of lethality.

In other states with less severe outbreaks than New York, Fauci said that at the end of the month “we can look around and say, ‘OK, is there any element here that we can safely and cautiously start pulling back on?’ If so,  do it. If not, then just continue to hunker down.”

Fauci appeared on CNN on Easter Sunday, when President Donald Trump previously said he hoped the country would be reopened to allow for people to gather in “packed churches” for the Christian holiday. After those remarks, however, the White House extended its social distancing guidelines through the end of April.

The U.S. Department of Health and Human Services projected that lifting states’ extreme containment measures – such as ordering residents to stay home and closing schools and nonessential businesses – after just 30 days would lead to an infection spike this summer, The New York Times reported.