Dynamic Duo Thomas Carter and John Nance at DealBox on How to Turn Pessimism in to Profit: Seizing Opportunity When Others are Not

Dynamic Duo Thomas Carter and John Nance at DealBox on How to Turn Pessimism in to Profit: Seizing Opportunity When Others are Not 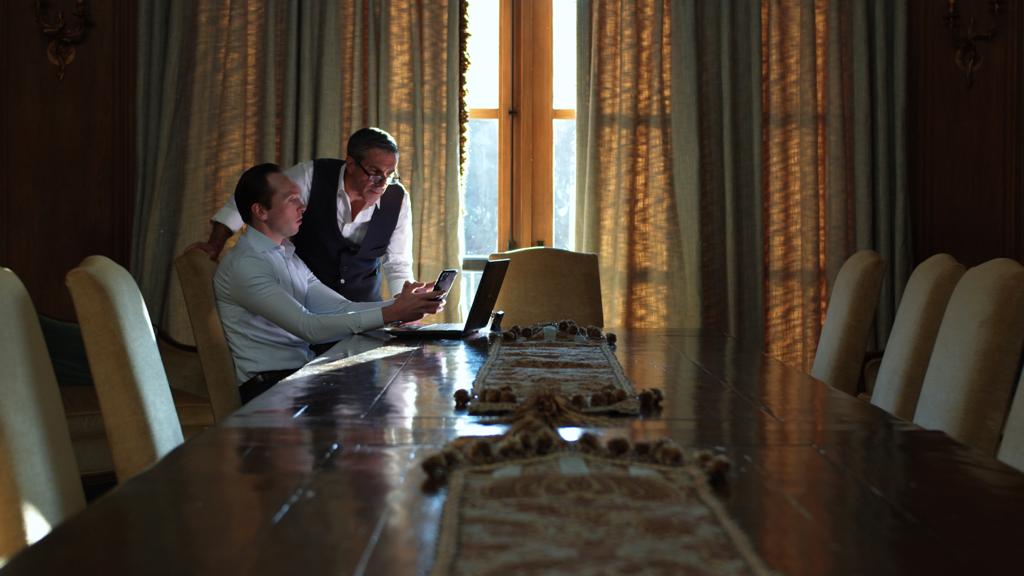 The new coronavirus, which first emerged in the Chinese city of Wuhan last December, has infected more than 200,000 people in at least 173 countries and territories globally, according to the World Health Organization.

Major institutions and banks have cut their forecasts for the global economy, with the Organization for Economic Co-operation and Development being one of the latest to do so.  In a March report, the OECD said it downgraded its 2020 growth forecasts for almost all economies. Putting aside the social, health and supply chain impacts from a consumer staples reference frame, let’s consider the state of financial markets.

As of March 18th, 2020 the S&P 500 has lost approximately 30% of its value, a decline that hasn’t been seen since the Great Financial Crisis of 2008. Investors across the world are roiling, but should they be?

A litany of articles, press release, news segments and emails have flooded people’s devices as fear turns in to absolute panic. From a messaging standpoint, voice recordings at financial institutions and mass email updates are urging investors to remember that they put plans in place for these environments and that, unless your financial situation has changed, you should remain calm and do nothing. That’s a good start, but Thomas Carter, Founder and Chief Executive Officer, and John Nance, President and Chief Investment Officer at Deal Box, Inc. are taking it one step further together.

John spent the early years of his career as a proprietary derivates trader, financial advisor and portfolio manager. He renounced these roles in December of 2018 and went on to his current position at Deal Box in an effort to communicate the inefficiencies he observed in his years in the traditional financial services industry and encourage investors to think differently.

John had this to say regarding the current state of financial markets “Asset managers and investors alike have spent the last 12 years of the global bull market analyzing their mistakes during the last financial crisis. The amount of research and analytics on the impact of long term investing relative to market declines is so robust you could spend your entire life analyzing it and not get through all of it. But what exactly did we learn and are we applying it correctly today?”

Thomas is a FinTech leader, digital securities pioneer, and entrepreneur with more than 30 years of experience in capital markets advisory and funding. He is a founder and innovator of multimedia/internet, financial services and blockchain industries. Over 400 companies have benefited from Thomas’s keen understanding of capital markets and early-stage venture funding strategy.

With that in mind John and his team at Deal Box are using the current market situation to encourage investors to use this as an opportunity to speak with their financial advisors about how to better assess their portfolios. These types of stress tests give investors very rare insight into how their portfolios perform relative to the assumptions made when constructing them and adjust accordingly.

Putting it all together, John Nance answers his question posed above in the following way “If you follow the smart money guidelines and want to be an intelligent investor, the current environment is one in which you want be investing as much as you can reasonably afford to. The immense value and opportunity that has been created by this presumed catastrophe is something we haven’t see in over a decade. So, if you remove your emotions from the equation, you should be asking yourself ‘what did I learn about how to respond to instances like this’. The answer is quite simple, start identifying what assets are irrationally mispriced and start taking advantage of them.”

Deal Box has been communicating to its network and stakeholders that true value has been created in the past few months and will continue to present itself for the foreseeable future. Their opinion is that given the decline in public markets, risk to return profiles of private vs. public companies have shifted dramatically.

Thomas and John presented the following example “Let’s say you invested $100 in the S&P 500 at the exact high and your $100 is now worth $70. Just to get back to even, the market needs to go up roughly 43%. According to Goldman Sachs, the average recovery time for the type of decline we have seen is 24 months. The 2008 decline took 4 years to recover to new highs. Presumably, if you were to invest in the S&P 500 today, you’re looking at roughly 2-4 years to recover that $30 you just lost. This radically changes the way investors should be thinking about the risk and return spread between public and private companies.”

Deal Box looks at the scenario outlined above and believes it to be the foundation for incredible opportunity in private markets as public market risk to return profiles and time horizons have drastically expanded.

In times like these, the most important question investors might ask themselves is whether they will give way to fear and panic or whether they will act with rationality and use proper analysis to identify opportunities where they have been created. Time will tell whether we really have learned anything since the Great Financial Crisis…or not.

—Thomas Carter, founder and CEO of DealBox; read about Thomas: “This FinTech Veteran Is Making Cryptocurrency Startup Funding Legitimate”; connect with Thomas on LinkedIn and Instagram

Previous Article
Young Entrepreneur and Language Expert Claims: “Listening and Motivation Is The Key To Learning English Fast – Not Reading, Speaking or Studying Grammar”
Next Article
Pharaoic, the 19-Year Old Who Became an Entrepreneur Because of Social Media