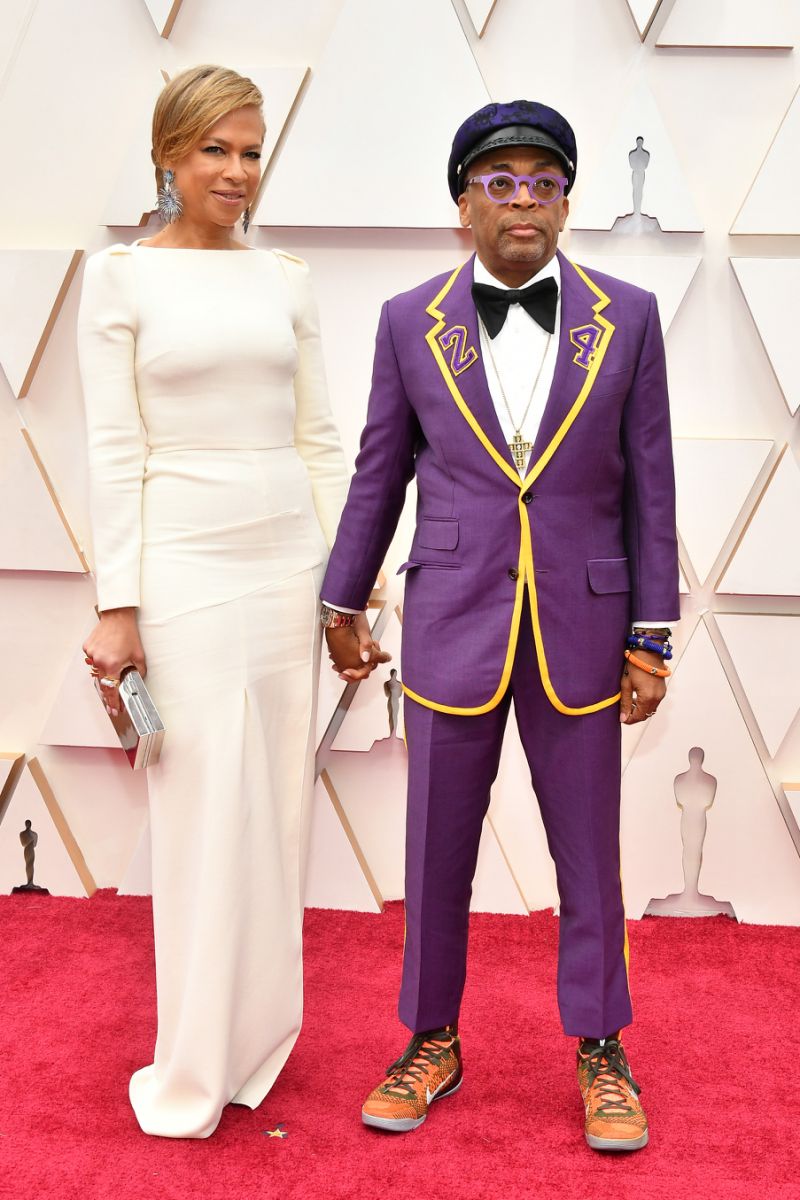 Spike Lee “presented and represented” at Sunday night’s Oscars as he stepped out on the red carpet in a custom Gucci suit in honor of the late Kobe Bryant.

The award-winning director was praised after arriving at the Dolby Theatre in Los Angeles wearing a standout purple suit. But the most prominent details were the gold lining of his jacket and the number 24 decorating his lapels and back as a nod to Bryant’s number on the court.

Lee finished the ensemble with a pair of Nike Kobe 9 Elite sneakers, also in honor of his friend. The pair developed a relationship with while working on a 2009 documentary Kobe Doin’ Work. And although the filmmaker admitted to missing Bryant’s 2018 Oscar win, Lee was excited to “represent” him just two weeks after the basketball player’s tragic death.

“We gotta love each other,” Lee added during a red carpet interview with Billy Porter. “For Vanessa, the family. Peace and love.”

When he made his way into the Dolby Theater, Lee was greeted by his peers, many of whom complimented his Bryant-inspired ensemble. When approached by Yahoo Entertainment and asked what to expect from the tribute, he remained mum, smiling and shrugging when asked if audience-goers should have tissues on hand. However, he said he was honored to be there and “very excited” to remember his friend.

This isn’t the first time that Lee has used his red carpet look to honor a late friend of his. Just last year, he wore a purple suit to pay tribute to Prince.