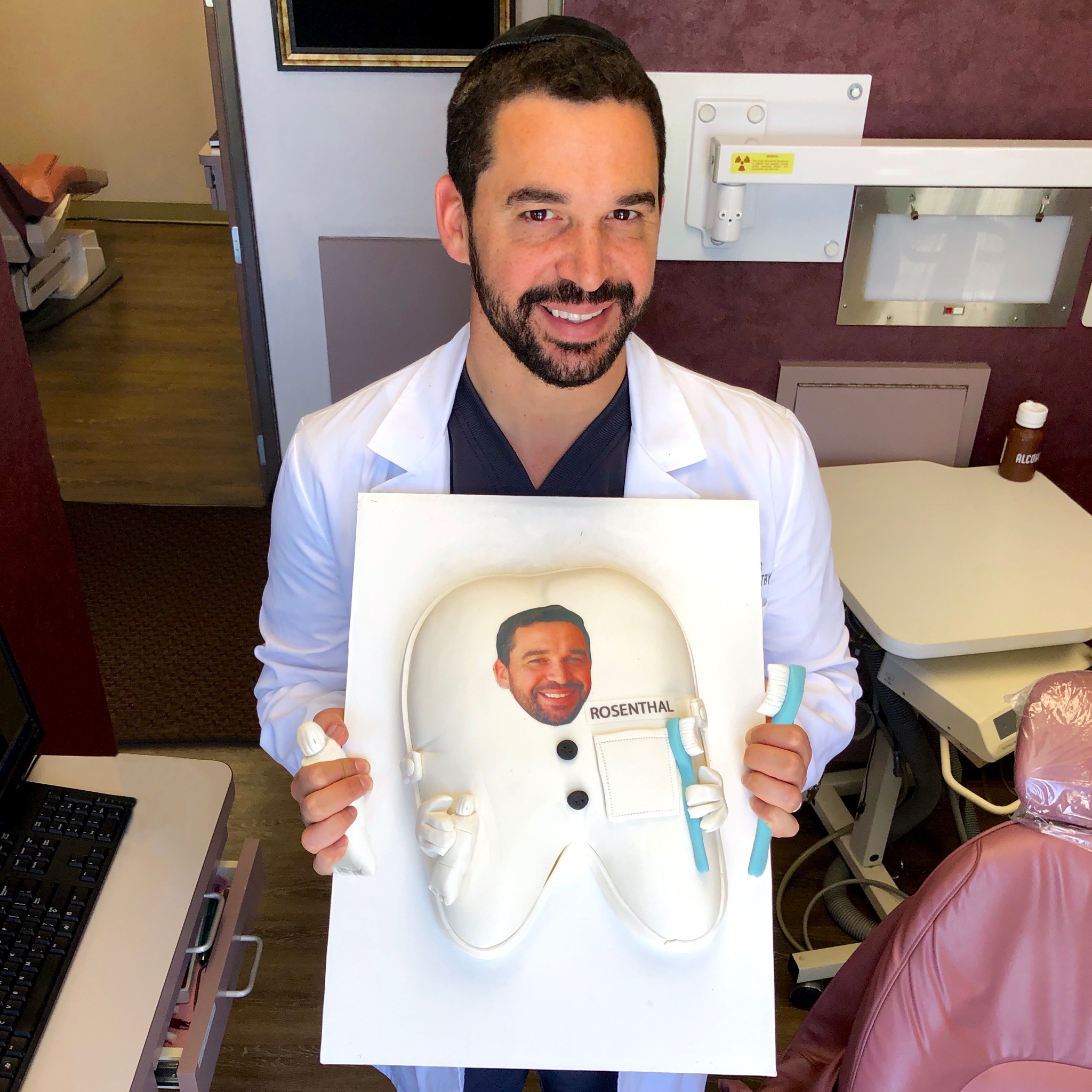 Encino California based Rosenthal Dental has grown at an unexpected pace over the last decade. Originally, the office was a typical family dental practice, until people started taking notice of the incredible smiles and famous clientele coming in and out of the office. The office sees several famous professional athletes, movie and television stars and social media megastars you’ve grown to love! Who is behind all of this?

Dr. Gabe Rosenthal, the head dentist and owner of Rosenthal Dental, is a proud native to Encino. He grew up in Encino and later attended the University of California San Diego for his undergraduate degree. He then graduated from the University of Southern California for dental school as a distinguished graduate while obtaining as many technical accolades and certifications as he possibly could. He considers himself “very fortunate” to have been coached by his father who has practiced dentistry for over forty years in the area. Dr. Gabe started the company from scratch, and developed a following using word of mouth from happy patients. Once he began sharing his work online, people began coming into the office in droves!

You may have seen Dr Gabe or the office in dozens of Instagram or YouTube videos, which have been seen hundreds of millions of times collectively. Jake Paul featured his favorite dentist in his YouTube episode titled “$300,000 Vlog Camera Arm”. Dr. Gabe has also been in YouTube videos created by Cloe Couture, The Martinez Twins, The Fish Fam, Hayes Grier, James Charles, and other social media mega stars. He has also made cameos on MTV’s “Tana Turns 21” and on OWN’s “Raising Whitley”.

Dr. Gabe says “the patients have to feel welcomed here and loved here, no matter how important they may be. We are all the same.” He goes on to say “if you want a reason to smile more, I am your man. And if you want to post a video of our work for millions to enjoy, I definitely won’t stop you.” Based on the office’s trajectory, no one will stop Rosenthal Dental, and that makes for good entertainment!