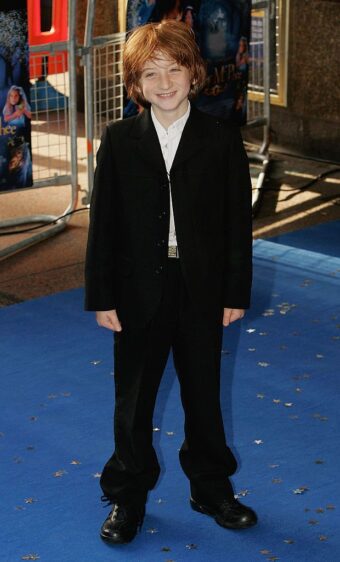 Raphael Coleman, one of the children who starred in the 2005 Emma Thompson movie Nanny McPhee, has died at 25.

His death was announced by family members, both his mother, Liz Jensen, and his step-father, Carsten Jensen, on social media. The latter disclosed, “He collapsed without prior health problems in the middle of a trip and could not be restored,” according to The Daily Mail.

Coleman was 11 when the high-profile family film, which also starred Colin Firth, was released. He and several other actors in the cast were singled out for recognition at the Young Artist Awards, whose past winners include Leonardo DiCaprio, Regina King and Mila Kunis. He earned his only other acting credits in 2009, when he appeared in horror film It’s Alive, the Milla Jovovitch thriller The Fourth Kind and a comedy short, Edward’s Turmoil, for which he won an award for recognition as the Best Young Actor at the Brussels Short Film Festival.

The British newspaper reported that, as an adult, Coleman went by the name Iggy Fox and worked with the group Extinction Rebellion, whose members define it as an “international movement that uses non-violent civil disobedience in an attempt to halt mass extinction and minimise the risk of social collapse.”

Fox wrote in an undated essay that he had left a career in science to work with the organization.

“After seven years studying, researching and protecting nature as a wildlife conservationist, I stopped fieldwork and deferred an MSc in order to rebel full-time,” he wrote. “Because no matter how many surveys I ran, how many turtle nests I protected, or how many young people I educated about ‘sustainability’, the seas kept rising, forests kept burning, plastic kept clogging the beaches, and our data kept showing that wildlife was being decimated.”

Writing about his sudden death, his mother declared that his family “could not be prouder” of him for “working for the noblest cause of all.”

The internet memorialized Coleman, for both his movie work and for his generous efforts to save the environment.
Previous Article
Why Luke Perry was left out of Oscars Tribute
Next Article
John Williams Honored on His 88th Birthday at Oscars Music Reception