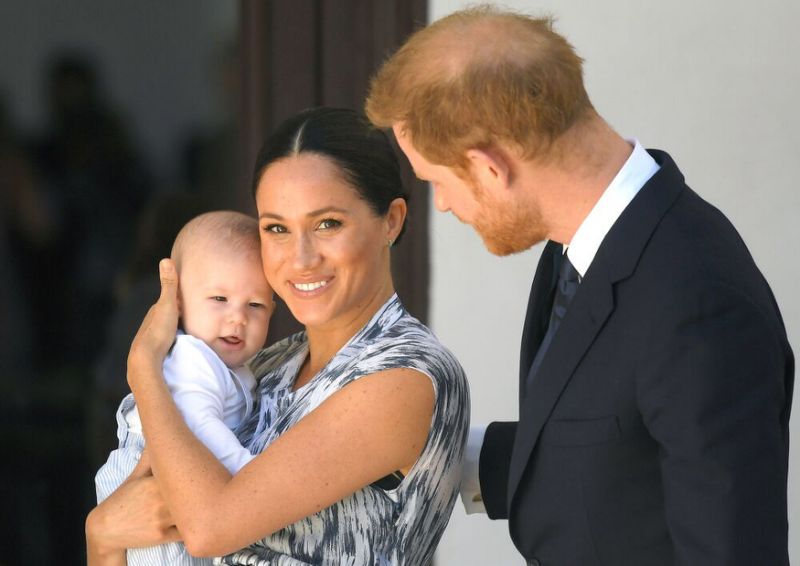 Prince Harry is opening up about his decision to step back from royal life.

During his first joint public appearance with wife Meghan Markle since they announced that they are “stepping back” from royal life, Harry said that “while it has been very difficult on him and Meghan, he does not regret their decision to step down as senior royals because he wants to protect his family,” reports Page Six.

“He does not want Meghan and their son Archie to go through what he did as a child,” a source said of the royal’s speech at a private JPMorgan event at 1 Hotel in Miami’s South Beach on Thursday.

Close friend Gayle King reportedly introduced Meghan to the crowd before the Duchess of Sussex said a few words about her love for her husband ahead of his speech, according to the outlet. The couple are believed to have stayed at Meghan’s good friend Serena Williams’ home in nearby Palm Beach.

Harry also opened up the profound impact the death of his mother Princess Diana has had on him.

“Harry spoke about mental health and how he has been in therapy for the past few years to try to overcome the trauma of losing his mother,” the source added.

“He talked about how the events of his childhood affected him and that he has been talking to a mental health professional.”

In a January 19 speech, just days after he and Meghan made their announcement, Harry addressed the couple’s recent agreement with Queen Elizabeth about their exit from the royal family.

“It brings me great sadness that it has come to this. The decision that I have made for my wife and I to step back, is not one I made lightly. It was so many months of talks after so many years of challenges,” Harry said. “And I know I haven’t always gotten it right, but as far as this goes, there really was no other option. What I want to make clear is we’re not walking away, and we certainly aren’t walking away from you.”

“Our hope was to continue serving the Queen, the Commonwealth, and my military associations, but without public funding,” he continued. “Unfortunately, that wasn’t possible. I’ve accepted this, knowing that it doesn’t change who I am or how committed I am. But I hope that helps you understand what it had to come to, that I would step my family back from all I have ever known, to take a step forward into what I hope can be a more peaceful life.”

During the couple’s royal tour to Africa in October, Harry talked about the death of his mother, saying it’s a “wound that festers.”

“Being here now 22 years later trying to finish what she started will be incredibly emotional. But everything that I do reminds me of her,” he continued. “But as I said — with the role, with the job and sort of the pressures that come with that — I get reminded of the bad stuff.”

Harry has spoken candidly about normalizing mental health struggles in recent years  — including his own unprocessed grief after the loss of his mother.

“I can safely say that losing my mom at the age of 12 and therefore shutting down all of my emotions for the last 20 years has had quite a serious effect on not only my personal life but also my work as well,” he said on the podcast Mad World in 2017.

He continued, “My way of dealing with it was sticking my head in the sand, refusing to ever think about my mum because why would that help?”

Meghan and Harry are currently living on Vancouver Island in Canada with their 9-month-old son Archie, and they are making plans to spend time in Meghan’s hometown of Los Angeles this summer.