Rush Limbaugh reveals that he has lung cancer

Rush Limbaugh reveals that he has lung cancer 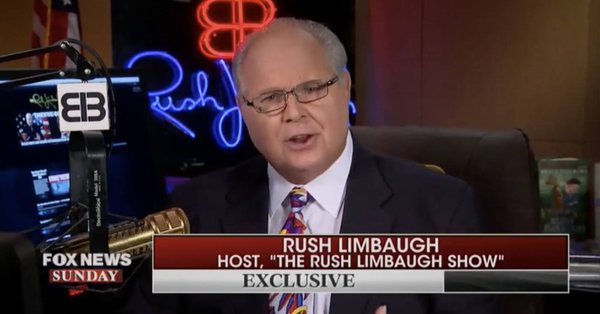 The conservative — and often controversial — political commentator revealed on Monday’s episode of The Rush Limbaugh Show that he has been diagnosed with advanced-stage lung cancer. He said he had dreaded delivering the news.

“I can’t help but feel that I’m letting everybody down with this,” Limbaugh said. “But the upshot is that I have been diagnosed with advanced lung cancer. Diagnosis confirmed by two medical institutions back on Jan. 20.”

Limbaugh first suspected something was wrong when he experienced shortness of breath on the weekend of his birthday, Jan. 12. He turned 69, so he thought it might be a heart problem. Asthma was another possibility.

He considered keeping the news to himself, but ultimately decided against it.

“I thought about trying to do this without anybody knowing, because I don’t like making things about me,” he said. “But there are going to be days that I’m not going to be able to be here because I’m undergoing treatment or I’m reacting to treatment, and I know that that would inspire all kinds of curiosity, people wondering what’s going on.”

Already, Limbaugh said he has gotten a lot of support from family and friends. He’s also coping with the diagnosis with prayer.

“I told the staff today that I have a deeply personal relationship with God that I do not proselytize about, but I do,” Limbaugh said. “And I have been working that relationship tremendously — which I do regularly anyway — but I’ve been focused on it intensely for the past couple of weeks.”

The host said his medical team is determining his treatment in the next few days, so he’ll be out until at least Thursday. Limbaugh added that, at the moment, he’s experiencing “zero symptoms.”

Several times, he made a point to say his audience has meant a lot to him.

Shortly after his announcement, Limbaugh trended on Twitter. There was support from several people, including former Fox News anchor Megyn Kelly and Republican Rep. Steve Scalise, on social media. Others, including actor Jon Cryer, made sure to note Limbaugh’s previous political positions on healthcare and other issues.