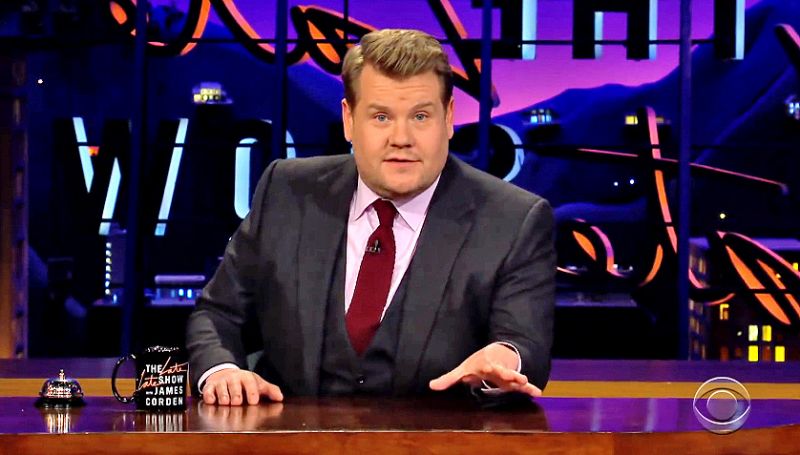 James Corden is ready to clear his name.

On Wednesday night’s episode of The Late Late Show, Corden addressed some “very very serious allegations” that have been recently made against him and his popular Carpool Karaoke segment.

“I just want to get ahead of everything and address those rumors and assure you, my audience, that these accusations are not true,” he began on the show.

“I am of course talking about the people saying that I don’t drive the car during Carpool Karaoke. Now I really hate that I’m about to say this but, fake news,” the host said.

Corden, who recently starred in the film Cats, explained that last week a fan had tweeted a video that seemingly revealed that he didn’t actually drive his car during the recurring show segment, which features the British host and famous musical guests singing along to their songs.

In the viral fan footage, Corden was filming one of the episodes with Justin Bieber, but instead of driving, the car was being pulled by a tow truck.

“Now I know this looks bad, but I just want to say right now that I always drive the car unless we are doing something where we think it might not be safe, like, a dance routine or a costume change, or if I’m drunk,” Corden explained jokingly. “But in the case of Justin Bieber, it was a safety issue where we thought it was best to tow the car. Frankly, I just can’t stop getting lost in his eyes, ok?”

The tow truck video has since received more than 13 million views, causing “a media frenzy.” Corden shared some of his favorite media call-outs that derived from the footage including AOL calling it a “dream-shattering Carpool Karaoke revelations,” and The Guardian’s headline which read, “The worst lie since Santa’: Why Carpool Karaoke is TVs biggest con.”

The host continued: “I swear to you, 95 percent of the time, I really am endangering the lives of the world’s biggest pop stars but this is a TV show not everything is real. Our show doesn’t tape at midnight we tape at 5 p.m. and pretend it’s midnight. It’s TV and sometimes we do stuff just for the sake of entertainment, but when it comes to Carpool — except for very rare exceptions for safety — I am driving the car and I want credit for it because I was raised driving on a completely different side of the road.”

Corden then revealed the full list of Carpool Karaoke episodes where he was not actually driving that car, which included Meghan Trainor, Migos, Cardi B, Chance the Rapper and Justin Bieber (his third time on the show).

“I am nothing if not a man of integrity,” he said before revealing that there would be a brand new season of Carpool Karaoke the Series streaming exclusively on Apple TV.