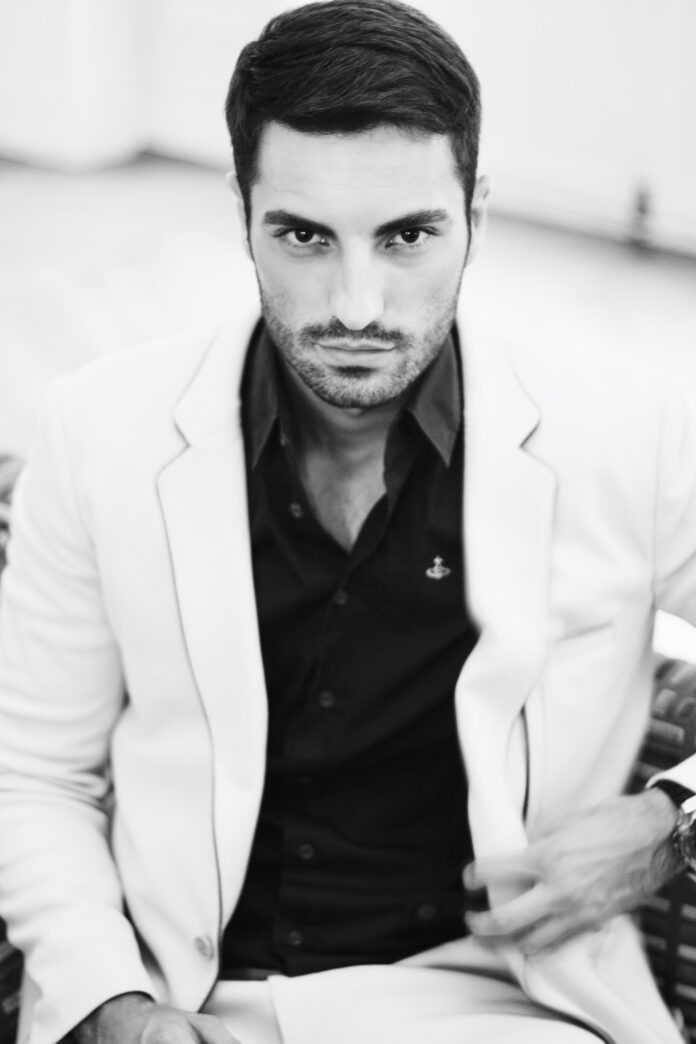 The influencer life may appear to be built upon one perfectly staged Instagram photo after another, but there is actually a great deal of work that goes on behind the scenes in order to be a successful influencer.

It all began when I won a “Face of Montenegro“contest at which time I knew I could be a model. I was soon photographed by prominent photographers in Montenegro, Milan, and Paris. Their photos, a good agency, and my self-promotion on social media lead to modeling jobs with Vivienne Westwood, Roberto Cavalli, Pitti Uomo in Firenze, Italian Vogue, Louis Vuitton in Dubai, Book “Emil intenso e misterioso” in Brazil, many commercials, international tv shows, music videos, covers of magazines in France, Korea, and the Balkans. In addition to modeling, I am taking voice lessons, and recording some test music, and dabbling in acting.

“To be successful, a young person needs to have talent, persistence, a good work ethic, and discipline. They must always keep up with the times. Sometimes persistence is more important than talent. Persistent people with a little talent can be successful, but talented people without persistence will not succeed.  My responsibility on social networks is big because I am also followed by younger people … high school students. I’m one of their role models and their idol. My mission is to show them that they can do anything they want if they stay on track with desire and hard work. My Instagram is very positive. In everyday life there is a lot of stress and negative energy. I do not want to add to negativity; Positive energy is my message,” says Email Osmanovic.

An International model of Montenegrin origin Emil Osmanovic, better known as Emil Montenegro, arrived from Italy to appear as a guest at Master Fashion Week in Montenegro, our editor-in-chief, Shazir Mucklai, had the chance to pick his brain.

Montenegro, who has over 300,000 followers on Instagram, has been able to successfully secure sponsorships from many, many brands.

Osmanovic tells us that the key to getting started and building your niche is to simply, “Grab a pen and list your passions. They don’t have to fit in the normal categories, like Travel, makeup, reviews, etc.”

He continued to tell us, “My favorite podcasts come out on the same day and time every week. Your content should be the same way. I post new articles on my blog every Tuesday at 5PM. You need to give your audience a reason to subscribe. If you don’t create new content, on a consistent schedule, why would they need to subscribe? They’re not missing anything.”

He is a graduate of Mediterranean University. Studied Tourism and Marketing.

Here is some more information about him:

Emil says, “We live in a fast-paced changing world. Therefore I remain versatile and do not plan too far ahead. Modeling is an excellent platform leading to many artistic fields. Ultimately I see myself as a designer or entertainer. I am already dabbling in fashion design, interiors, acting, and singing. I would like to live in New York. Montenegro is a conservative country. I am inspired by the freedom and opportunities available in New York. To me, it is the fashion capital of the world. Perhaps later I would go to Los Angeles if I became involved in acting. The most exciting times for me are when I am traveling for modeling or pleasure. I love to see the beauty of other countries and learn about other cultures.”