Guru Faisal Shafique Has Worked With Many Billion Dollar Companies

Guru Faisal Shafique Has Worked With Many Billion Dollar Companies 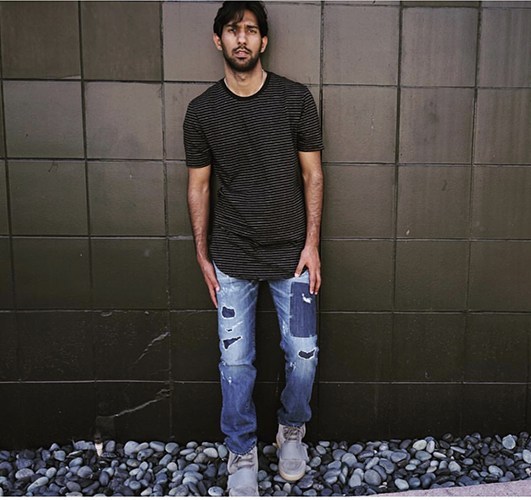 Faisal Shafique is a famous social media Guru and Entrepreneur. Having worked for years on his brand and page @fact on Instagram, he has become known in the digital space as a professional growth expert for both social media as well as entrepreneurship endeavors.

Faisal Shafique is an author, entrepreneur, marketer and blogger. He enjoys helping small and medium businesses. Shafique is one of the most successful, ubiquitous digital marketers. To say he keeps busy is an understatement.

Chances are you’ve read one of his many articles or books, or heard him speak, or watched one of his videos.

He created his first website at 16 and paid a few marketing firms to assist with growing it, but he only ended up getting ripped off.

Even today, years later, after amassing almost 8 million followers on Instagram and working with colossal companies like Game of War, Mobile Strike, Fashion Nova, and FitTea, where he helped them drastically improve their sales, Shafique sets new goals and is now working to break into the E-commerce industry, where he will build a new store within months.

Additionally, he also wants to break into the music industry. When interviewed by ‘The Urban Twist’ about this decision, Faisal told them that he had an interest in music from a young age.

He said, “Furthermore, gaining popularity will help me to share my life with the universe.” He also conveys that everything gets faded when music is created, and the experience is tantamount to that of breathing fresh air.

As he would put it, he had to learn marketing because he had no choice.

He got good at it as time went on, but it would take one more step before he would pursue digital marketing as a career.

Shafique was told when he was spending money on his account’s growth to stop doing so by his parents, but after doing much research, he stuck with his intuition and maintained that it was a worthwhile investment, which, indeed, as we can say today, it was. It takes time to build something up.

When we see success, our minds often depict the spontaneous emergence of that success, as if out of the blue.

We usually don’t see the whole story – just like a pop star who’s suddenly gotten to number 1 and you’ve never heard of them before.

However, if you examine their back story, often you’ll find years of hard work and grafting.