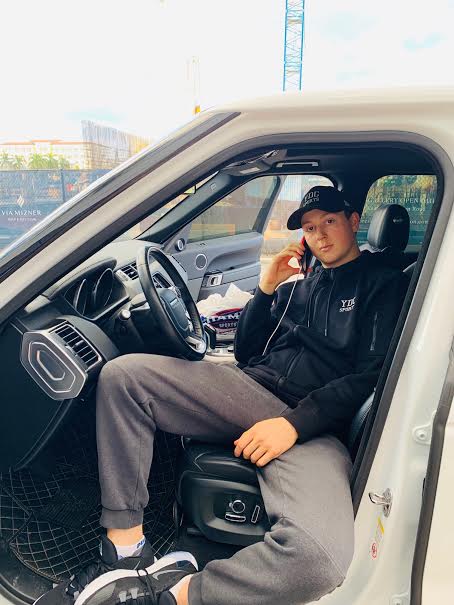 As the digital world continues to progress and grow, countless entrepreneurs have taken the opportunity to make their marks in the digital space. With more and more ways to monetize the digital sphere becoming more apparent by the day, it is no wonder that many individuals have been able to build a small fortune off of this new and exciting digital landscape.

Chase Namic is a 20-year-old serial entrepreneur who started building youtube channels four years ago and now runs 20 cash cow YouTube channels. He claims that as a result of all of this hard work and scaling his channels now generate him over $100,000 per month in revenue. Chase, however, is not a celebrity by any means. The channels that Chase runs are completely independent of his personal brand. Chase runs “Top 10” channels, gaming channels, sports channels, and many others. Some of his channels include the channels “Viral Now” and “Simply Fortnite” with over 250k and 300k subscribers on Youtube, respectively. He’s developed a very unique style by starting channels where he doesn’t show his face and has workers do all the content production for him. He started with one channel 4 years ago and used the income from the first channel to expand and fund his next youtube ventures. His style of hiring content creators to produce videos for him has allowed him to focus on his various business ventures while still growing his channels rapidly and efficiently.

“I run and own over 20 YouTube channels. These channels focus on evergreen, top ten, engaging content. With my success on YouTube, came many trials and tribulations. I learned what content not to make, how to deal with and tackle the YouTube algorithm, how to avoid copyright strikes, how to monetize channels at a quicker rate, and aspects of the business that numerous people who start out can’t seem to tackle. I began posting on Instagram and sharing my YouTube journey and was overwhelmed with the number of interest people had in a career on YouTube and how many questions they had. I learned that so many people felt the barrier to entry was far too difficult and it was then that I decided to start my consulting business. Now, I not only run and own over 20 YouTube channels, but I also offer mentorship programs to my hundreds of clients around the world,” says Chase.

As a top tier Youtube expert, Chase now offers his programs for those that want to learn how to make an income off YouTube. This has not only allowed him to generate additional income, but it has also helped him garner a large personal following on Instagram. Chase has gained over 60,000 followers on Instagram and his following continues to grow rapidly. As a teacher, Chase is as focused on the success of his students as he is on his own. Chase shared that one of his top clients started earning $30,000 a month off of his 8 channels, while other clients are earning an income of $500-$3,000 a month which continues to grow due to his tutelage. Chase’s long term goals involve being a real-estate investor and he hopes to utilize the income he generates on Youtube to fund his future ventures.

Clearly, as someone who has shown such success and promise from such a young age, it is easy to tell that there are amazing things in store for Chase. As a young entrepreneur in the digital space, we can only guess that Chase will continue his successes and continue to adapt and grow as he has up until this point.