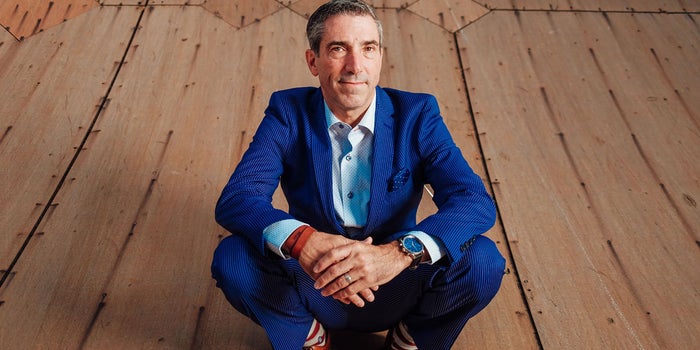 Holders of bank stocks avert your eyes – Having regained ⅔ of it’s value prior to last year’s sell off, Bitcoin has risen nearly 200% so far this year. Many pundits and commentators are predicting another bullrun for Bitcoin before the end of the year.

Institutional investment is picking up, just about every Fortune 100 company is dipping in, Facebook just released Libra (for better or for worse), Blockstack launched the first SEC qualified token offering in history. Bloomberg has finally admitted Bitcoin is a thing and President Trump is tweeting about it.

Those are just the highlights.

Even naysayers at this point can’t deny that cryptocurrency, Bitcoin and blockchain technology isn’t fading away. In fact, the often cited tipping point of mass adoption seems to be fast approaching.

In his recently published book, “Life after Google”, economist and writer George Gilder, famous for predicting many of today’s technological advances back in the 80’s postulates that blockchain technology will have a bigger impact than all of the previous technological innovations combined.

While cryptocurrency pundits may find this to be a fabulous set of circumstances there still remains one rather large problem and where there is a problem there is always an opportunity.

A global survey of over 13k respondents by Kapersky Labs revealed that only 1 in 10 people have purchased cryptocurrency and even fewer understand how it works.

As with any nascent technology, engineers build it and understand it first. Then early adopters and pioneers abstract away the complexity and simplify things for mass utility.

One such pioneer and fintech veteran is Thomas Carter, founder of DealBox, a platform that empowers issuers and investors to take advantage of the current digital transformation of capital markets being driven by the emergence of STOs or Security Token Offerings.

Thomas Carter on the current situation:

“With blockchain tech & cryptocurrency we aren’t dealing with a typical market adoption learning curve. Bitcoin was born of iconoclastic ideals and philosophy. If you were a technologist and you resonated with the philosophy behind Bitcoin then you would figure out how to use it. In other words, user-friendliness wasn’t ever a consideration until now and that was mostly on purpose”

According to Carter, user-friendliness and consumer education are the keys to widespread adoption of crypto currency and whoever holds those keys will command a unique position to help onboard the other 90% of the world’s population beginning to make their way along the adoption curve.

The crafting of the narrative and strategy around this ambitious consumer education campaign – dubbed, “Make crypto easy” – will be led by branding Guru Jerome Conlon.

Conlon, who’s decades of marketing experience include working with brands such as Starbucks and NBC, is primarily known for his role in developing the iconic, “Just do it” slogan and wildly successful consumer branding strategy for Nike in the late eighties.

Conlon has this to say about the project:

“This is the greatest business story never told. We need to tell it. People need to understand the massive change that blockchain is bringing to the world.”

The campaign will offer newbies to cryptocurrency solutions in 4 key areas:

Details on the solutions being offered and the vision for each will be revealed in forthcoming information releases over the coming weeks.

Thomas Carter Talks About The Next GoDaddy of the Blockchain Crypto Space
The Kerplunk October 4, 2019

Meet Amar Syal and Aman Syal: One Of The First Partners at Myspace, Create Music Group
The Kerplunk August 23, 2019

Blockchange CEO Daniel Eyre, “There’s a demand for technologies that enable everyday retail investors to participate in the market in a simple yet powerful way.”
The Kerplunk June 19, 2019

Meet Amar Syal and Aman Syal: One Of The First Partners at Myspace, Create Music Group

Blockchange CEO Daniel Eyre, “There’s a demand for technologies that enable everyday retail investors to participate in the market in a simple yet powerful way.”