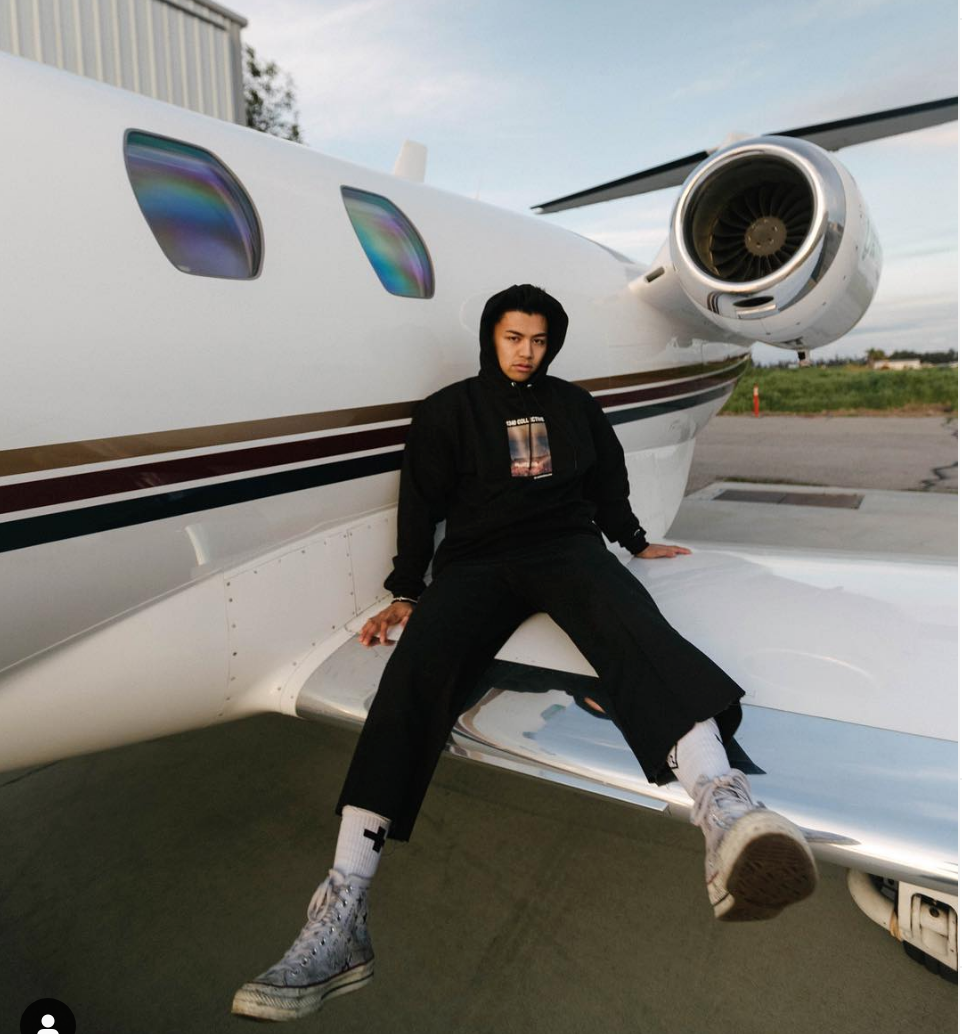 Prior to founding the immensely successful streetwear company 1340 Collective and being named a top entrepreneur by both Yahoo! Finance and Nasdaq, Justin Escalona has been expanding his internet presence from a very early age. Escalona began creating and uploading YouTube videos in 6th grade and used that as an opportunity to grow his following, refine his craft, and develop industry connections.

Escalona grew up in Chicago while the independent hip-hop scene began to take off, and he used his cinematography to take advantage of this. Justin would sneak into concerts across the city of Chicago with his camera claiming he was a photographer for Rolling Stone, and it worked almost every time. This allowed him to film for a number of artists including Logic, Chance The Rapper and Vic Mensa before they reached mainstream fame. Rather than asking for money, Justin established legitimate friendships that would help him significantly later in his career.

After improving his film skills significantly throughout high school, Justin earned admission into the prestigious University of Southern California School of Cinematic Arts. This is where his career would truly take off.

While his YouTube channel was growing at a rapid pace, Escalona knew he needed to branch out in order to maximize revenue. He decided to get into e-commerce with 1340 Collective (which was named after his dorm room number) during his freshman year of college, and he used his following to convert that into $20,000 of revenue in his first month.

1340 Collective is built on the idea of exclusivity, as people interested in purchasing need to reach out to Justin directly via Instagram to obtain an access code that unlocks the website. Once inside the site, customers are able to purchase the limited pieces for one week. As soon as each piece sells out it never restocks, as Escalona prefers to make buyers feel like part of the community rather than just a paying customer.

“I value the relationship I build with the people who wear my clothes because without them I’d be nothing,” Escalona said. “All the dope opportunities I have are because of people who support my company and my videos, so the least I can do is get to know them and give them a truly exclusive product.”

Over time the company continued to build steam and generate significant profits for Escalona; however, he wanted to take it to the next level. Rather than having a customer base of only his YouTube subscribers, he wanted to make 1340 Collective a household name in the streetwear game.

“At the start a lot of people thought 1340 Collective was just my ‘merch’ collection,” Escalona said. “There’s nothing wrong with YouTubers like myself offering merch to their fans, but that isn’t the vision I had for 1340. My vision for this company is to be a sought after streetwear company, and detaching it as much as possible from my YouTube channel proved to be a great move.”

To do so, Justin reached out to many of the people he filmed for in high school and gave them free clothes that they would wear on their Instagram accounts. Only instead of these artists being smaller independent musicians, they’re now some of the biggest names in music.

“In streetwear, when cool people wear your clothes your company becomes cool,” Escalona said. “The more cool friends I have wearing 1340, the more people will begin to recognize the brand. I built up legitimate friendships by shooting for free; now these people are super close to me and wear 1340 without question – I value that a lot more than asking for a couple hundred bucks to film in high school.”

Fast forward to his senior year at USC, and 1340 Collective is valued at $2 million. The likes of David Dobrik, Ethan Cutkosky and Khalid are wearing 1340, and the company is currently on its Round 30 collection.

Escalona is currently touring a short film he made about the company, and currently releasing his web series “Humble Endings” which documents the last 8 weeks of his college career.